The filibuster is a curiosity of US politics. It can be used to block, or at least stall, appointments in the Senate. Now, the Senate has restricted its use. DW spoke to Norman Ornstein about the "historic event." 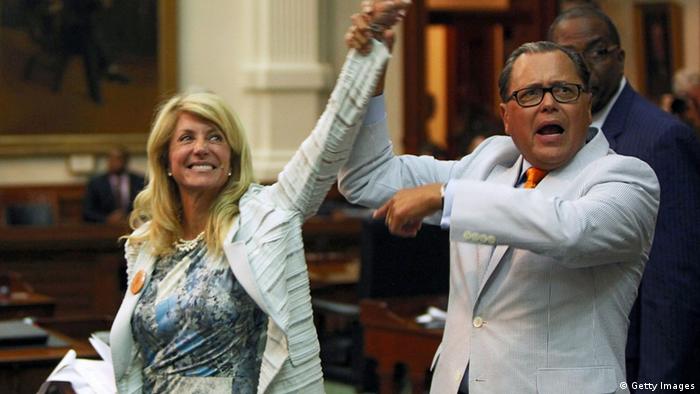 Norman Ornstein is a political scientist at the the conservative American Enterprise Institute (AEI).

DW: After years of bitter acrimony, the democratic majority in the US Senate has changed the rules to curtail the filibuster for presidential nominees. It has been called by some the most important change in the US Congress in decades. Do you agree?

Ornstein: This is a historic change. There is no question. In the past, the rules of the Senate have been changed only by bipartisan agreement or consensus. The way the rules are structured you cannot simply do it with a majority vote. And Senate rules remain in place. They don't change with an election because two thirds of the Senate is not up for election at any given time. So, to alter the rules as they have done now is historic. But, it was pretty evident for some time that the relations between the parties had deteriorated enough that something like this was very likely to happen.

President Obama was frequently frustrated in recent months because Republicans blocked many nominations for high-ranking administration jobs. What was the last straw that led to curtailing the filibuster?

Just to provide a little history: When George W. Bush was president, Democrats were in the minority in the Senate. And they filibustered and blocked several of Bush's judicial appointments. The Senate Republican leaders said at the time that they were going to change the rules in this fashion.

They called it the 'nuclear option' because it would blow up the Senate's normal procedures. But, a group of Senators from both parties worked out a compromise, seven from each side. We called it 'The Gang of 14.' At the beginning of this Congress in January of this year, and frustrated by Republican filibusters of Obama's judges and executive appointments, Harry Reid and the Democrats were now prepared to change the rules.

Then, Reid and the Republican leader Mitch McConnell worked out a deal to keep that from happening. But, Republicans pretty much nixed that deal. And it was the blockage of three nominees to a critical court - one that's next to importance to our Supreme Court [the US Circuit Court of Appeals for Washington - the ed.] - that is especially critical for Obama's executive power. They weren't blocking them because they thought they were unqualified, or extreme, they just wouldn't allow any of these positions to be filled, despite Obama's re-election. That was the trigger that led to Reid and almost all of his Democrats to decide that an extreme measure was necessary.

The muzzle for friends of the filibuster only applies to presidential nominations, which the Senate must approve. Nominations to the Supreme Court are not included. How long will it take before the US Senate does away with filibustering altogether?

It is possible that this will lead us down a path to where some day there will no longer be filibusters. But, right now, one of the reasons the Democrats were willing to go ahead and do this was not the threat that the Republicans will block all important legislation. There is no important legislation going through. There is nothing happening in the Senate. And anything that passes the Senate won't make it through the House. And if there were a critical bill that Republicans wanted to pass, they are still going to let it go through, if it's in their political interest. We are still going to have some delays in the Senate. It's still a body where the rules favor individuals and it can take time to make things occur.

The big point instead is that Obama wants to fill a number of positions in the judiciary and to pick the people he wants for executive posts. Very little is done legislatively. Much more of the important action is through his executive agencies. So it's a very big plus for him right now.

Will this help Obama overcome the political gridlock?

I think, it's going to give him a little bit of breathing room now. But let's face it: This story is important, but it's not going to be the most dominant one for the next several weeks. It's still going to be back to how well we see the implementation of the rolling out of the Health Care Program, or Obamacare. And if that begins to work a little bit better, this becomes even more important.

Recent congressional debate over counterterrorism and Syria has revealed deep fault lines among Republicans on national security. The party that launched the Iraq war has taken a noticeably isolationist turn. (15.11.2013)

The US Senate has voted to debate new gun control legislation for the first time in nearly two decades. It might seem like a small step, but it should not be underestimated, say gun policy experts. (12.04.2013)

Nearly four months after the Newtown school shooting, Connecticut has passed one of the toughest gun laws in the United States. But few think the state's law will become a model for the rest of the country. (04.04.2013)