Optimism and Growth Forecasts High for Germany in 2006 | Business| Economy and finance news from a German perspective | DW | 09.01.2006

Optimism and Growth Forecasts High for Germany in 2006

Germany, long seen as the sick man of Europe, is back on the road to health this year, even if plans to raise value-added tax in 2007 could mean the recovery will be short-lived, analysts said. 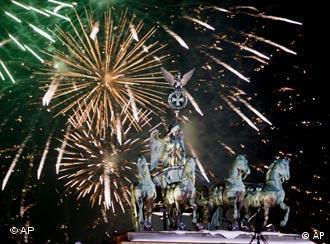 The outlook for Germany is currently rosier than it has been for a number of years: key economic indicators are all pointing up, industrial confidence is at a five-year high and experts and the government are busy raising their growth forecasts.

Analysts' consensus forecasts are for modest growth of 1.1 percent in 2005. But observers believe activity is set to pick up sharply this year. Top think-tanks such as Ifo in Munich and DIW in Berlin have both recently sharply upgraded their 2006 growth forecasts to 1.7 percent.

And the government, which was hitherto expecting a modest 1.2 percent, now believes growth will be in a range of 1.5-1.8 percent, Economy Minister Michael Glos indicated last week.

Berlin is scheduled to publish its latest updated growth forecasts on Jan. 25.

"We're sensing an upturn in the economy," Glos said on the sidelines of a working meeting of his conservative CSU party in Wildbad Kreuth in Bavaria.

A favorable global economic environment is also expected to have a positive effect on the domestic German economy.

In an interview with Euro am Sonntag newspaper, the head of the economics department of the influential German Ifo institute, Gebhard Flaig, said he was even expecting "growth of 1.5-2.0 percent" this year. 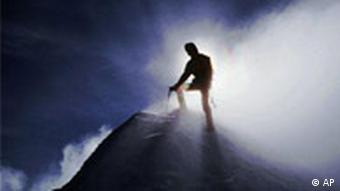 Germany's economy could reach new heights in the next two years.

Indeed, Germany could be on the way to reaching "a new economic peak" in the next two years, if the government pressed ahead with the much-needed structural reforms, Flaig said.

Exports are traditionally the main driver of growth in Germany and the BGA exporters' federation said this week that exports were likely to expand by 8 percent this year after increasing by 7 percent in 2005.

But the spark of recovery is also expected to jump over to domestic demand, traditionally the Achilles' heel of German growth, experts believe.

In its regular monthly consumer sentiment survey last month, the market research group GfK found that German households were more willing now than they have been in the past four years to go out and spend money.

That will come as good news for the retail sector, where business has declined for the past three years and looks to have stagnated in 2005. 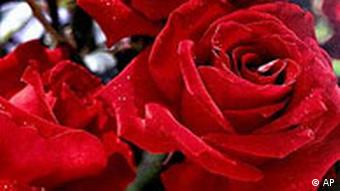 Conditions in the labor market also appear to be improving -- the jobless rate fell to 11.2 percent in December from 11.4 percent in November in seasonally adjusted terms, data showed last week.

And in raw or unadjusted terms, the number of people on unemployment benefits increased by just 75,000 to 4.606 million last month, the slowest level increase since unification.

Indeed, the Federal Labor Agency believes the jobless total could remain below the politically sensitive level of five million in the winter months.

However, some observers believe the positive economic developments will prove short-lived, since they appear to be driven primarily by one-off factors, such as the upcoming World Cup soccer championship and a 25-billion-euro ($30 billion) public investment program by the government.

Furthermore, the new government under Chancellor Angela Merkel has said it will raise value-added or sales tax (VAT) by three percentage points to 19.0 percent at the beginning of 2007, which could dampen fragile consumer spending.

Much of consumers' apparent new-found willingness to spend reflects plans to bring forward big-ticket purchases ahead of the VAT rise, experts say.

Thus, "the economy risks slipping back into its old lethargy at the start of next year," DIW think tank warned.

A new study by the German Chamber of Commerce strikes an optimistic note by predicting that the World Cup will have a positive impact on Germany's economic growth. (Jan. 2, 2006)

Kremlin critic Alexei Navalny was handed a 30-day sentence after facing a judge inside a police station on the outskirts of Moscow. Navalny accused Russian officials of "ultimate lawlessness."