Opinion: Where are you going, Mr. Erdogan?

The internal political revolution in Turkey has reached new dimensions with the resignation of several high-level military leaders. DW's Baha Güngör wonders whether the government is now heading down the right path.

Last Friday evening, the former head of the Turkish armed forces, General Isik Kosaner, alongside the commanders of the army, air force and navy, made for a domestic political earthquake of unseen magnitude in Turkey: They requested early retirement. Only Necdet Ozel kept his post as high commander of the paramilitary gendarmerie, a relatively junior position within the military.

In the meantime, Ozel was named chief of the army as well as temporary commander of the Turkish military. The shock waves will still be felt for a long time, despite all reassurances from Prime Minister Recep Tayyip Erdogan and President Abdullah Gul. The highest military council convened on Monday under Erdogan's chairmanship, but there were five empty chairs at the table made for 14.

The dissatisfaction of the military proved too great - more than 250 middle- and high-ranking officers currently sit in pretrial detention for alleged coup plans against Erdogan. They share the fate of journalists and intellectuals who have been sitting in prison - some for up to two years - not knowing exactly what they are accused of. That's why there is already doubt that the joy at a breakthrough against the Turkish military, one of the last bastions of anti-democracy in the country, is in fact misplaced. 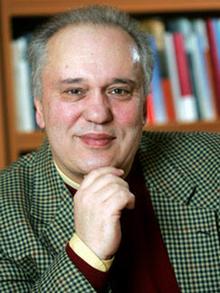 The armed forces were namely a counterweight to the growing influence of religion in the government and society. There's growing concern that the secular order in Turkey, based on the principle of laicism and the strict separation of church and state, is in danger. The revolutionary modernization and related westward orientation of the Turkish Republic, begun by its founder, Mustafa Kemal Ataturk, is crumbling.

Where are you going with this, Mr. Erdogan? Where will the prime minister start, after his electoral victory of nearly 50 percent elevated him to a virtual democratically legitimate autocrat? The growing pressure on dissidents, on critical voices and on the media does not bode well. Should Erdogan's conservative religious Justice and Development Party win over a handfull of opposition lawmakers, he will rewrite the constitution and, with an approval in a voter referendum, be able to form a presidential republic out of Turkey.

With three coups since 1960 and further interferences in the democratic process under threat of more revolt, the Turkish military has not always served the country well. However it did constitute a guarantee against the turn away from western norms, from democracy and the rule of law. This guarantee is no longer there.

It remains to be seen whether Erdogan will deal properly with his power. But if Turkey does go off the rails and democracy is weakened, then Europe will be complicit. Too deeply has Turkey been disappointed by its unsuccessful efforts to join the European Union. The justification - because of its Muslim majority and differing cultural roots, EU accession is not yet possible - has turned Turkey away from Europe. The former goal to become an EU state has long been placed aside. But the fact that Turks are Muslim was never a problem when they were allowed into NATO and the Council of Europe.

Turkey's confidence is stronger than ever, buoyed by robust economic growth and enormous geostrategic significance. Whether Erdogan copes with these powers well or whether he loses his grip on reality remains to be seen.

A leading Bavarian conservative has said the EU should break off its accession talks with Turkey, if the country goes ahead with its threatened boycott during Cyprus' presidency of the bloc. (20.07.2011)

The government in Ankara refuses to compromise over Cyprus, thereby risking a break with the EU. Baha Güngör, the head of DW's Turkish service, says the country has nothing to lose as its EU entry talks are stalled. (20.07.2011)