Opinion: Schröder Undoing His Own Legacy | Germany | News and in-depth reporting from Berlin and beyond | DW | 13.12.2005

Opinion: Schröder Undoing His Own Legacy

By being willing to take over a leading role in the consortium for building the Baltic Sea pipeline, former Chancellor Schröder is doing a disservice to the German-Russian relations, says DW-WORLD's Ingo Mannteufel. 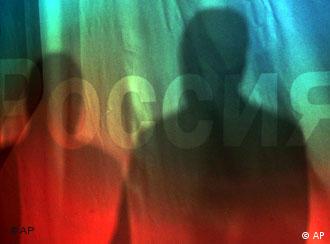 A political bombshell was dropped on Friday, right on time for the beginning of the construction of the Baltic Sea pipeline from Russia to Germany -- the so called North European Gas Pipeline (NEGP). Former Chancellor Schröder is supposed to become head of the board of supervisors of the Swiss-registered German-Russian company for development and construction of the Baltic Sea pipeline.

The pipeline agreement between the Russian energy giant Gazprom and German companies BASF and Eon was hastily signed in September, before the German parliamentary elections and in the presence of both Schröder and Russian President Putin. The event was accompanied by heavy criticism from the neighboring eastern European countries and references to the inefficiency of such a project. 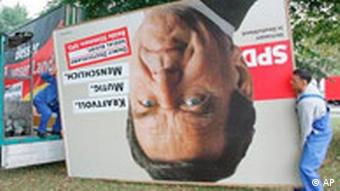 Politics is out, big business is in for former Chancellor Schröder

With his new job, Schröder is complicating the future German policy toward the East, which shouldn't only be directed towards Moscow. He is, furthermore, damaging the reputation of his earlier Russian policies, letting his historic legacy in the German-Russian relations appear in unfavorable light.

As chancellor, Schröder pursued a controversial foreign policy with the goal of a close partnership with Russia. Against resistance on the domestic front, Schröder won a great deal of trust in Russia, a historical sign of which was his participation in the celebrations of the sixtieth anniversary since the end of World War II on the Red Square.

But Schröder's Russian policy was not only based on his wish to reconcile the Germans and the Russians, but also on a geopolitical and strategic realization that the European continent could be peaceful and prosperous only if Russia, too, became sufficiently integrated. Europe and Russia are also dependent on each other because of the mutually beneficial economic links. Only together can they survive in the world of the twenty-first century. 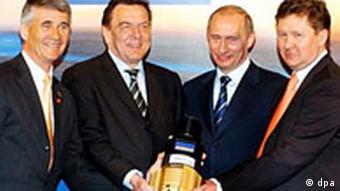 These pragmatic factors of Schröder's Russian policy are getting completely invalidated by his becoming head of the supervisory board for the Baltic Sea pipeline consortium. From this perspective, his whole Russian policy seems like a policy of personal advantage -- especially if the new position is not honorary.

Gas Pipeline Project Gets Underway With Schröder Under Fire

An ambitious venture for a gas pipeline between Germany and Russia will go ahead but news that former German Chancellor Gerhard Schröder is to head the shareholders' committee of the consortium has caused controversy. (Dec. 10, 2005)

Former German Chancellor Gerhard Schröder has deflected criticism over his new job Tuesday as calls continue to mount for a code of conduct for government officials once they leave office. (Dec. 13, 2005)

No Pipe and Slippers For Rejuvenated Schröder

After running Germany and sparring with some the world's most powerful leaders for seven years, Gerhard Schröder could be excused for taking a rest. But the ex-chancellor has no intention of putting his feet up. (Dec. 13, 2005)