Opinion: Germany′s Collective Self-Delusion | News and current affairs from Germany and around the world | DW | 05.08.2005

The new Left Party is doing well in polls, increasing chances that Christian Democrats and Social Democrats will form the next government in a "grand coalition." DW's Uta Thofern says that's not something to hope for. 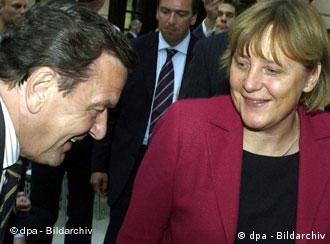 "I'm not wearing red because I want to work with you"

"Grand coalition" is a phrase that sounds promising, productive and harmonious for many Germans, who still remember the time between 1966 and 1969, when the first and only alliance of Christian Democrats and Social Democrats ruled the country on the national level. 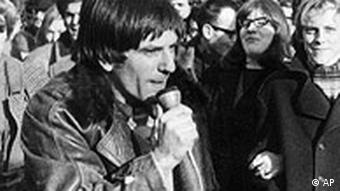 Did the great coalition do more for change in Germany than student leaders such as Rudi Dutschke?

Things weren't that bad back then, some recollect. Indeed, the so-called black-red coalition probably did more to change the country than the supposedly revolutionary "Generation 1968," which simply received more attention.

Back then, the grand coalition laid the foundation for Germany's societal liberalization, which was later completed by the coalition government of Social Democrats and Free Democrats that followed it. Black-red initiated a new policy approach towards the Eastern bloc and made first steps towards modernizing the country's system of government.

What could be more enticing than a remake? Relying on a definitely comfortable majority in parliament, such an alliance would be able to tackle the complete makeover Germany so desperately needs. It could happen without serious resistance from states nor painful blockades and endless discussions. 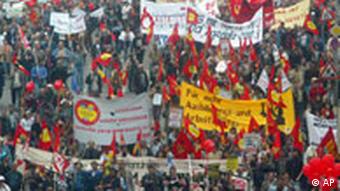 Would a new great coalition be able to avoid large-scale protests against social welfare reforms like the ones that took place in recent years?

According to the latest polls, almost a third of voters is banking on a grand coalition and probably isn't just hoping for an end to party bickering but also softer reforms that are based on consensus and will be easier to bear as a result.

It's all an illusion. The Sixties won't be coming back. The leading politicians at the time, the Christian Democrat Kurt Georg Kiesinger and the Social Democrat Willy Brandt, lived in a country, where unemployment wasn't a problem and national debt was still a foreign word. 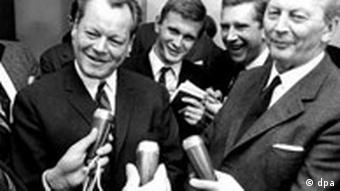 Germany was still a country were most people remained with one company until retirement and where childless couples were still considered doomed. Societal and political reforms in this long-gone federal republic were connected with social welfare kickbacks. Germany can't afford this any longer: It needs profound change, not soft compromise in the 21st century.

Additionally, a grand coalition is unlikely to bring an end to the current political standstill. On the contrary: the gruelling debates that took place between Germany's Christian Democrat-controlled upper house and Social Democrat-controlled lower house of parliament would also continue during cabinet meetings.

Social Democratic leaders who would succeed Chancellor Gerhard Schröder and current party chair Franz Müntefering would also be unable to support serious reforms. Unlike during the 1960s, the party's not on the upswing. SPD leaders would be caught between a populist opposition from the Left and their duty to govern responsibly as part of a grand coalition. 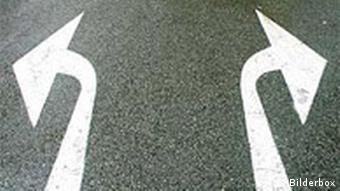 Would a great coalition simply cement the current stalemate?

An alliance between CDU and SPD could rely on a sound parliamentary majority, but it wouldn't be able to make clear decisions. This would result in a watered-down reform program, which would only cost Germany more precious time.

Sure, a broad-based reform coalition would be desirable in order to secure wide acceptance for necessary cuts. But this would require all those involved to display a willingness to accept what's necessary -- something that doesn't seem to be the case at the moment. Instead, Germany's voters and parties quite obviously still tend to indulge in collective self-delusion.

In September, Germans will elect a new parliament. Today, the country can look back on a checkered history of Bundestag elections since the German Federal Republic was founded in 1949. (July 26, 2005)

Economists assessing the possibility of a grand coalition of the SPD and CDU in German government after the September election are concerned that such a coupling could spell more trouble for the economy. (July 27, 2005)