Hitler merely wanted to drive the Jews out, not kill them. The latter was the idea of the Grand Mufti of Jerusalem, claims Benjamin Netanyahu. Such words escalate the conflict, says DW's Alexander Kudascheff. 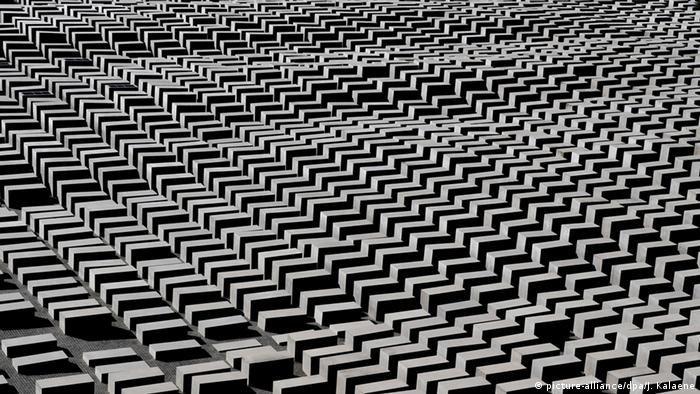 The state of affairs in the Middle East is beyond tense - especially between Israel and the Palestinians. The situation is escalating. Young Palestinians are attacking Israelis indiscriminately, the army is responding with everything they have. The top priority for Israeli politicians and the army is the safety of their citizens.

The road to the third Intifada?

Yet tensions are unmistakably on the rise, since even a well equipped military and an extremely efficient secret service are powerless against completely random stabbing attacks. Additionally, Israelis and Palestinians are rightly afraid of stumbling into a third Intifada, seeing how Palestinian President Abbas barely holds any authority over the youth, and is even letting things get out of hand. It's an ominous constellation. 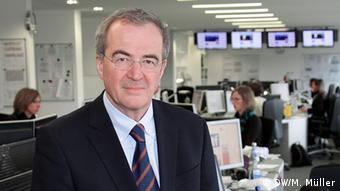 The German government and the American Secretary of State John Kerry have pushed hard in Berlin to help deescalate the situation in the Middle East. Have they been successful? Nobody dares to make that claim. Because even before Benjamin Netanyahu arrived in Berlin, it was obvious how politically nervous the Israeli prime minister was. He claimed that the Palestinian Grand Mufti in Jerusalem had incited Adolf Hitler to exterminate Jews in the 1940s. According to Netanyahu, Hitler was leaning towards exiling the Jews rather than towards killing them.

Now, history is never black and white, but usually a deeply-shaded gray. And of course, Amin al Husseini, the Grand Mufti of Jerusalem, was an anti-Semite. He wanted no Jews in the Holy Land, he rejected the idea of a Jewish homeland in Palestine, something that was promised to Jews after World War I, albeit extremely vaguely. This resulted in violence and extremism in Palestinian areas.

Did the Grand Mufti hate Jews? Yes, absolutely. Still, Adolf Hitler had already described his own anti-Semitism in "Mein Kampf." He wanted a systematic mass murder of Jews in Germany and Europe. He was responsible for putting his plan in motion, in Auschwitz, Treblinka und Majdanek, just like in Bergen-Belsen, Buchenwald or the Warsaw Ghetto. He needed neither help nor encouragement from the Grand Mufti.

The Israeli prime minister of course knows that. Therefore, he has chosen a historically fatal comparison for a different reason: He is drawing a long line from the Grand Mufti to President Abbas, a tradition of anti-Semitism, poised against Israel. This corresponds to the views of many Israelis, and from their perspective, justifies the aversion towards compromise and negotiations. In this way, Netanyahu himself is driving the escalation, and dashing even the smallest of hopes for peace, or even a truce, in the Middle East.

The US Secretary of State has met Israel's prime minister to discuss the ongoing conflicts across the Middle East. The talks come as leaders the world over urge an end to the violence in Israel and the West Bank. (22.10.2015)

The Israeli prime minister has drawn criticism for comments he made suggesting a Palestinian leader was responsible for the Holocaust. The incident occurred as Netanyahu left for Germany to meet Angela Merkel. (21.10.2015)

Ukraine-Russia crisis: Attack will have 'consequences,' EU and US warn 2h ago