US billionaire Thomas Kaplan owns the largest private Rembrandt collection in the world. His works are now on show at the Louvre, but are on their way around the world, where he says they'll tear down walls. 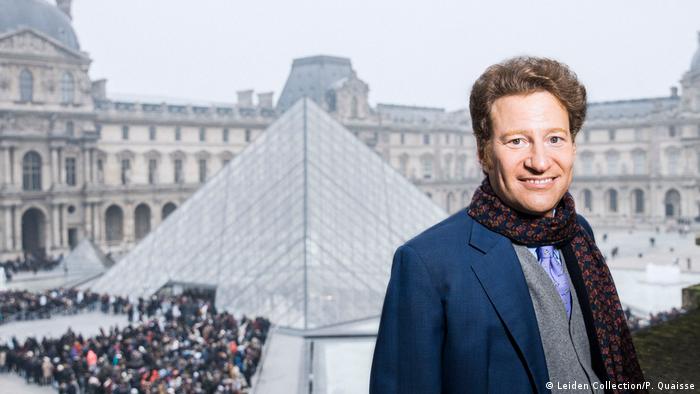 The Mona Lisa has some new competition at the Louvre.

On a recent day at Paris's iconic museum, crowds queued for two hours to gaze upon paintings by Johannes Vermeer (also known as Jan Vermeer). One of the the 15th-century artist's masterpieces on display, "Young Woman Seated at a Virginal," is the artist's only painting in private hands and is part of the world's largest private collection of Rembrandt works. A selection of the collection serves as the cornerstone of the Louvre's exhibition season celebrating the Dutch Golden Age.

The owner of that trove has remained mostly anonymous - until now.

In just 14 years, Thomas S. Kaplan and Daphne Recanati Kaplan have assembled more than 250 works by five generations of Dutch masters, including 11 paintings by Rembrandt. The Kaplans have anonymously loaned works from their Leiden Collection - named as an homage to Rembrandt's birthplace - to more the 40 institutions worldwide since.

"It's quite rare that you have a collector who concentrates on such a specific segment of old masters," said Taco Dibbits, director of the Rijksmuseum in Amsterdam. "It's a great development that old masters stay contemporary by young, new researchers and collectors who really continue his legacy." 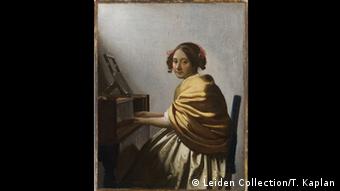 A 'lending library' for art

Kaplan, a 55-year-old billionaire from New York who made his fortune in silver and gold investments, said he started collecting with the intention to take art out of hidden, private collections and put it back into the public domain through a "lending library."

"I don't believe being a collector in and of itself is a noble pursuit," he said. "It's more important the works be seen."

Kaplan said to make all the scholarship and research around his collection widely and easily accessible to academics and institutions, they would publish online instead of writing enormous tomes no one would ever read. Going online meant going public about ownership.

Today, the entire collection, essays and documents can be browsed online, making the works available even to the broader public who will not see them in museums.

Kaplan describes himself and his wife as humanists and wants sharing the collection to reinforce universal values in tense times of rising extreme-right nationalism and Islamic terrorism.

Though he never mentioned Donald J. Trump's name in an interview, Kaplan's underlying denunciation of the US president's rhetoric and policies was clear.

"Being an American right now reaching out to Europe, China, and the Gulf is an unusual opportunity to make a difference," he said. 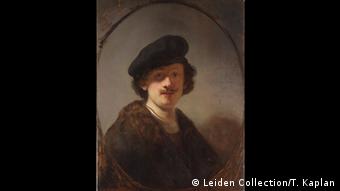 After Paris, works from the Leiden Collection on display at the Louvre will double to around 70 when the exhibition heads to the National Museum in Beijing in June, then the Long Museum in Shanghai in September, and eventually the Louvre Abu Dhabi.

"We're down the road from Mosul and Aleppo," says Kaplan. "What better way to have a riposte to the cultural genocide of Palmyra than to be able to have an alliance of civilizations in order to show there are common threads to culture."

Although he began collecting Dutch masters in just 2003, Kaplan's passion for Rembrandt has been a nearly lifelong love affair that began when he was just six.

After visiting the Metropolitan Museum in New York, his mother tried to expand his art lexicon with a visit to the Museum of Modern Art. A white canvas with a hint of red elicited the response of a precocious child decided in his art preferences.

"Apparently I said, 'Take me back to the Wem-bwandt,'" Kaplan said in a moppet voice, mimicking himself as a child.

He fed his enthusiasm for Rembrandt and Dutch masters with pilgrimages to the Rijksmuseum through the years. But Kaplan says he never expected to become a collector. "In fact I rejected the idea," he said.

In a way, he's still rejecting it in that he has never lived with any of the works in the Leiden Collection. To begin, there is the question of where to hang a Dutch masterpiece. It doesn't exactly complement the Kaplans' collection of 20th century modern design.

Kaplan says he didn't even know it was possible to buy a Rembrandt until a fateful conversation with then Royal Academy director Norman Rosenthal, who told him Rembrandt works sometimes came on the market.

There was a period of five years where Kaplan and his wife purchased one painting a week on average. He said they jokingly refer to their spree as "the raid on Rembrandt."

Art for the price of a car 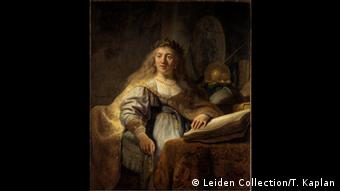 That he has been able to fly under the radar so long is perhaps owed to how the contemporary art market has outstripped auction prices on old masters.

"We bought the most important history painting in private hands of Rembrandt, 'The Minerva,' for less than the price of Andy Warhol's 'Green Car Crash,'" Kaplan said. "There are 70,000 pieces of Warhol! There are 350 Rembrandt paintings."

Only 30 to 40 of those works are in private hands, including the Kaplans' 11.

"A lot of people come to museums and they love the works but they don't realize you can still acquire them and they aren't always that expensive," Tibbits said. "You can acquire some of these works for less than you can acquire a car - art lasts, and cars break down."

The Vermeer, however, is not the greatest rarity in the collection. "Hagar and the Angel" by Rembrandt student Carel Fabritius is one of the artist's only 13 known works in existence.  Like the Vermeer, Kaplan has the sole piece in private hands.

The show at the Louvre also marks Kaplan's permanent parting with one of the works from the Leiden Collection. He said he believes the Bol painting in the exhibition, "Rebecca and Eliezer at the Well," was "preordained" to never leave France. He and his wife have a policy of never bidding against museums. When they learned the Louvre was the under-bidder, they offered the museum the painting on long-term loan and are now permanently donating it.

German museum discovers it's had a Rembrandt for nearly 250 years

The drawing of a dog has been in the German museum's collection since 1770, but only now have experts discovered that Dutch master Rembrandt created the artwork. It's now slated to go on show. (14.02.2017)

Poland's government has finalized a deal to purchase an art collection that includes Leonardo da Vinci's "Lady with an Ermine." The government snagged the collection at a fraction of the market price. (30.12.2016)

Four artworks in the extensive Dr Oetker collection were confirmed to have been looted by the Nazis. Now the German food empire has announced it is returning a van Dyck painting to the heir of a Dutch art dealer. (26.01.2017)