Omanis rise up in search of social justice | World | Breaking news and perspectives from around the globe | DW | 01.03.2011

Omanis rise up in search of social justice

The latest country to join the fray of protest action sweeping North Africa and the Gulf is Oman, where protesters are demanding better social-economic conditions. The Gulf state is an important strategic US ally. 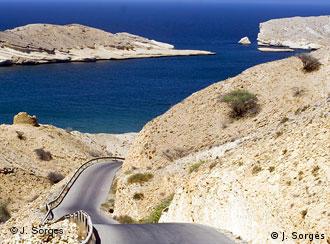 The quiet side of Oman

Dubbed in the past as a sleepy little sultanate, Oman is asleep no more. What started last week as a small protest in the capital Muscat has since led to hundreds of demonstrators in the northern town of Sohar storming a police station and blocking access to the port, a government pledge to help the unemployed and an unspecified number of deaths.

In short, citizens of the coastal oligarchy are the latest in the Arab world to raise their voices above those of their rulers. And their message is clear. They are not, they say, seeking to depose Sultan Qaboos, who has been in power since 1970, but want more jobs, less corruption and a more even-handed distribution of oil wealth.

The sultan reacted swiftly to their demands, organizing a minor cabinet reshuffle and promising to create jobs and pay unemployment benefits. But his concessions did little to appease the crowds, which emboldened by events in Tunisia, Egypt and Libya, gathered again on Sunday and Monday to reiterate their calls.

In its first public reaction to events there so far, the US on Monday urged the leadership to show restraint and press ahead with reforms. "We have been in touch with the government and encouraged restraint and to resolve differences through dialogue," said State Department spokesman Philip Crowley.

Oman is an important ally in the region and lies in the strategically crucial Strait of Hormuz, a busy oil shipping line, with Iran just 50 kilometers (31 miles) to the north. 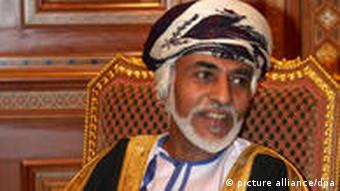 Sultan Qaboos is credited with having made Oman an economic success

Oman expert with the University of Exeter, Marc Valeri, told Deutsche Welle that although there are no official figures, independent studies suggest some 25 percent of the Gulf state's three million-strong population is currently out of work.

As 50 percent of Omanis are aged between 18 and 25, it is the younger generation in particular that is affected by joblessness, and it is going to take more than the government's offer to create 50,000 new public sector jobs to still the growing tide of discontent.

"Every year 50,000 young Omanis enter the job market, so there is a need to create that number of jobs annually," Valeri said, adding that the natural place for those new positions would be in private industry. But that is easier said than done in the country which topped last year's UN Development Programme list of most-improved nations.

Although Oman has long had a system of quotas in place to ensure that nationals occupy a certain number of jobs, there is ample competition from migrant workers who do not have to be paid a minimum wage and receive all the other employment perks available to Omanis. 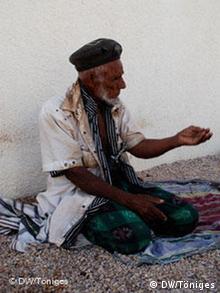 Prosperity is not a given in the oil nation

Businessmen therefore use foreign workers whenever possible in order to get two or three for the price of one. And while that might not differ vastly to the modus operandi in many other countries, what irks Omani nationals is that many ministers close to the sultan happen to have strong business assets.

"There is widespread complaint that they can control the national policies in terms of labor market reforms, long-term economic reforms and can simultaneously control most of the economy through their own private assets," Marc Valeri said.

It is the perpetrators of this kind of corruption, rather than Sultan Qaboos, who appear to be the target of the current protest movement, but as Jane Kinninmont of Chatham House told Deutsche Welle, it is hard to be sure.

"People are often quoted as saying they don't want to overthrow him, but want government change, yet it is dangerous to criticize the sultan, so we don't know 100 percent what people really think."

What we do know, however, is that the citizens of a country where there is no civil society and no tradition of political protest are starting to rise up and shout for what they want.

Yet that, says Arshin Adib-Moghaddam, Mid-East expert at SOAS and author of "A metahistory of the Clash of Civilisations: Us and them beyond Orientalism," does not put Oman in the same category as Egypt and Tunisia. 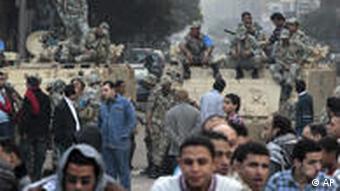 Protests in Egypt in January

"At this stage, this is not a revolution, but a revolt," Adib-Moghaddam told Deutsche Welle. "However, if the Omani state does not respond to some of the demands, or decides to react by force, reform-minded people may well be turned into revolutionaries."

Even then the Gulf state, which traditionally has an excellent relationship with Britain in particular, would be keen to act in such a way as to keep those ties in tact. The mid-east expert said that while Sultan Qaboos and other pro-Western leaders in the region are considered subservient to the US, relations with the EU are viewed differently.

"The Omani state will try to avoid being reprimanded for major human rights abuses, so the EU's emphasis on restraint and non-violence may well restrain the Omani state."

As international attention focuses on Libya and Bahrain, pro-reform protests are increasing in Iraq. DW asked a leading media expert whether the Domino effect has reached this country struggling to recover from war. (18.02.2011)