On day three of the Olympics, Brazil picked up their first gold, Australia made history in the rugby sevens and Lilly King got the better of bitter rival and controversial Russian Yulia Efimova in the pool. 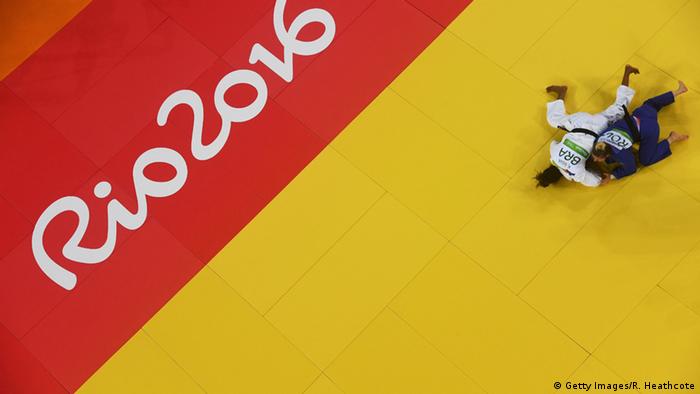 Rafaela Silva earned Brazil's first gold medal of the Rio Olympics, winning the 57kg division Judo event. The 24-year-old, who was disqualified at the London Olympics in 2012, beat Sumiya Dorjsuren of Mongolia to end two days of disappointment for the hosts on the mat.

Silva is from Brazil's largest favela and is very much a local hero to Brazilians.

"Everybody here knows Rafaela's history," said Eduardo Colli, a Brazilian fan watching the final in the stands. "This is more than just a medal, it's a victory for poor people. It's hope for all of them."

Australia were crowned the first ever Olympic rugby sevens champions after beating New Zealand 24-17 in the final of the women's tournament in Rio on Monday. 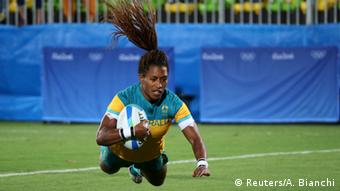 Rio 2016 marked the first time since 1924 that rugby has been played at the Olympics.

The favourites outscored the Kiwis by four tries to three, two of them coming each side of half-time when star New Zealand winger Portia Woodman was in the sin bin for a deliberate knock-on.

The tournament marked the first time since 1924 that rugby has been played at the Olympics and the debut for sevens, the previous four incarnations featuring men's 15-a-side tournaments.

Canada, who had gone down 22-0 to Britain in pool play, dominated the British 33-10 to claim bronze.

King reigns over Efimova in the pool

Efimova was fourth at the turn but despite frantically closing down on King in the last 25 metres posted 1.05.50 seconds, touching the wall 57 hundredths after the American.

Katie Meili took bronze for the US and celebrated with her compatriot after the race. Neither appeared to acknowledge Efimova, who has twice been banned for doping and only secured her Rio place through the courts last week.

Hungary's Katinka Hosszu claims her second gold of the Rio Games by winning the women's 100m backstroke from American Kathleen Baker. Hosszu triumphed in 58.45 seconds with the teenager Baker three-tenths behind.

Egorian scored her fourth win in a year over Velikaya to pick up the gold medal in a final so tense and quiet that a baby could be heard crying in the stands.

"It was the most difficult fight because Sofya has as much right to this medal as I do," said Egorian, who shared a long hug with her smiling compatriot just moments after their bout.

It was the first all-Russian Olympic fencing final in 20 years.

Kohei Uchimura completed his collection of gymnastics titles on Monday by leading Japan to men's Olympics team gold, with Russia returning to the podium for the first time since 2000 to take silver.

But two-time reigning champions China were restricted to bronze in a thrilling final which went down to the wire at the Rio Olympic Arena. 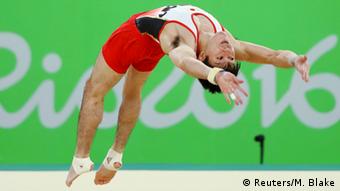 Two-time reigning champions China were restricted to bronze in a thrilling men's final.

But despite his individual accolades the gymnast known as "King Kohei" had taken just two silver in the Olympic team event behind China in 2008 and 2012.

Oscar Figueroa fell to his knees and burst into tears after he struck Olympic gold for Colombia in an enthralling men's 62kg competition in Rio on Sunday. 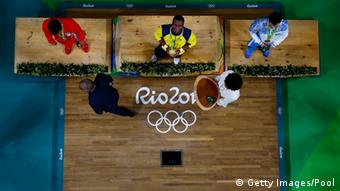 Figueroa made a combined total of 318kg while Indonesia's Eko Yuli Irawan took silver with 312kg.

Figueroa, who was reportedly recently sentenced to 16 months in prison over a car theft case that dogged his preparations for Rio, was still crying 15 minutes after the gold medal was put around his neck.

Elsewhere in the weightlifting, Sukanya Srisurat and Pimsiri Sirikaew gave Thailand its first gold and silver medals in an Olympic event by going 1-2 on Monday in the women's 58-kilogram class

But it was a rollercoaster 7-6 (7/5), 6-2 victory for the 34-year-old world number one who 24 hours earlier had suffered her first ever Olympic Games women's doubles loss with sister Venus.

Williams led 3-0 and had two points for a 4-0 advantage in the first set. But Cornet stormed back, forcing the American to save two set points in the 10th game before the top seed sealed the tiebreak after 77 minutes on a chilly centre court. 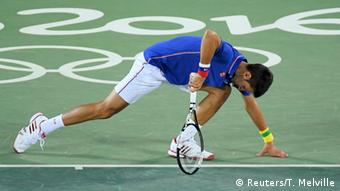 Meanwhile, Novak Djokovic's miserable Olympics are over. The 12-time major champion lost in doubles on Monday, a day after he was eliminated in the first round in singles by Juan Martin del Potro.

After he and Serbian teammate Nenad Zimonjic fell 6-4, 6-4 to third-seeded Brazilians Marcelo Melo and Bruno Soares in the second round, Djokovic confirmed that he won't play mixed doubles.

USA turn on the style to rout Venezuela George's highlight reel-worthy slam dunk with 2:50 remaining in the fourth quarter brought the loudest cheers of the night.

Venezuela, with no NBA players, was level with the US NBA lineup at 18-18 after the first quarter.