'Offshore Leaks' shows how some of the wealthy hide riches

Information leaked to media outlets worldwide has shed new light on how some of the world’s richest people avoid paying their fair share of taxes. It has been described as the "biggest blow" so far to tax havens. 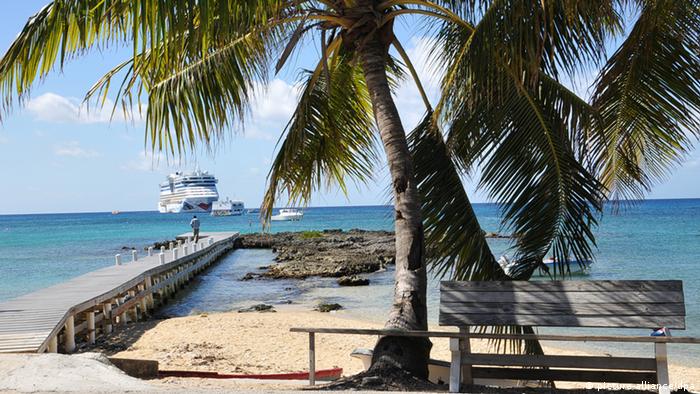 The Munich-based newspaper Süddeutsche Zeitung and German regional public broadcaster Norddeutscher Rundfunk are among the media outlets that have spent months examining the data in a project that has been dubbed "Offshore Leaks." Among the other media outlets in 46 countries that took part in the project are the BBC, Washington Post, the Guardian and Le Monde.

According to a report published in Thursday's edition of the Süddeutsche, it is to be just the first in a series of reports about how some wealthy people use tax havens to hide their riches from the tax authorities.

The 260 gigabytes of data made available to the journalists is said to include around 2.5 million documents. Among the 130,000 alleged tax cheats from 170 countries listed in the documents are the names of publicly known figures such as oligarchs and weapons traders. The information reportedly comes from two companies that specialize in setting up offshore accounts and was handed over to the International Consortium of Investigative Journalists in Washington D.C. by an anonymous source last year.

Secrets of the super-rich

In its story, the Süddeutsche, says it has independently verified the data, which a number of reporters spent months evaluating. It cites an unnamed insider who described the leak as "the biggest blow so far to the black hole of the world economy."

It isn't clear how much money is hidden in the world's tax havens, but a 2012 report by the British non-governmental agency Tax Justice Network estimated the figure at between $21 and $32 billion (16 billion - 25 billion euros).

The most prominent name mentioned so far is the late German-born industrialist Gunther Sachs. According to the Süddeutsche report, Sachs, who committed suicide in 2011, had millions hidden in offshore firms in the Cook Islands, Panama, the British Virgin Islands and Luxembourg. The tax authorities in Switzerland, where Sachs lived, had no knowledge of Sachs' offshore holdings and these were not declared by his estate following his death. The Sachs estate has denied any wrongdoing, saying everything was done by the book.

The leak comes at a time when many governments, particularly in the 17 countries that make up the crisis-hit eurozone, are battling to reduce the amount of debt they hold. Over the past couple of years they have been stepping up cooperation together and tightening up their own regulations in an effort to combat tax evasion.

Some prominent German artists and athletes do not pay taxes in Germany. This is perfectly legal in certain circumstances, but it can sometimes backfire, as Boris Becker found out. (12.01.2013)