Norwegian Prison Prepares Inmates For The Outside World

The island of Bastoy in the Oslo Fjord is one of Europe's most unusual prison facilities. Inmates there live and work in conditions that authorities hope will prepare them for a normal life after they get out. 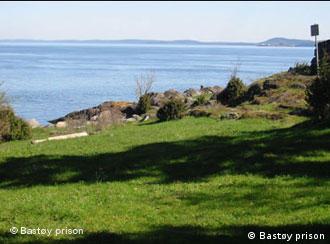 Bastoy prison is based on an idyllic island

The only way to get to Bastoy Prison is to take the small prison ferry boat from the port of Horten, about two hours south of Oslo. What was once a state institution for delinquent youths has now become the final stop for male inmates nearing the end of their sentences.

But any similarities to Rikers Island in New York or the now defunct Alcatraz in San Francisco ends upon arrival. Bastoy looks like anything but a prison. There are no high razor-wire fences, no concrete cell blocks and no watch towers. Instead, the small island looks more like a tranquil Scandinavian health resort. Prisoners live in quaint wooden cottages overlooking pine forests, fields of wheat and inviting beaches.

Oyvind Alnaes, the governor of Bastoy, says that the prison is managed on ecological and humanist values.

"We think that we have to treat the inmates in a proper way because they will open their ears and eyes and maybe are willing to learn something," Alnaes says. "We use the ecological way of running this prison as a tool to learn responsibility and have concerns about the future." 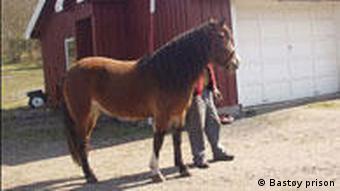 For the some 110 male inmates that begins on day one. All new arrivals are trained how to cook, clean and look after themselves. Each inmate has his own space in the typical four-bedroom cottages.

"But there are still inspections to come and see that you clean your room and make your bed," inmate Haarvald says. "It should look like a normal room that you have at home in a normal life and the best thing is that they are all in a social environment." He says it gives the inmates the feeling that "they belong to society."

During the day, most inmates are employed in some form of livestock, farming or maintenance work. Haarvald works with the island's six horses that are used for plowing and for transporting supplies. Twice a day, he has to go to the ferry and pick up goods. Some days, there is nothing to pick up and many other prisoners question why they even have to go. 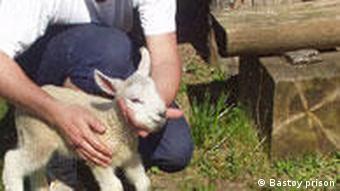 Some prisoners are in charge of livestock

"As soon as you take the reins of the horse, you are training him and this is part of their responsibilities," Haarvald says. "And here we're talking about tough criminals -- they get a responsibility and they can take it with them outside as a free man."

Responsibilities at work also provide opportunities for leisure on the island. For Haarvald, that means he can ride horses in his free time.

"On a Sunday morning, I get up on a horse and go down by the beach -- the sun has just come up, birds are flying, a seal is lying on the rock outside," he says. "You have to pinch your arm to remember where you are."

For the 30 prison officers at Bastoy, dialogue and trust with inmates is important. Officers and inmates call each other by their first names. Principal Officer Mia Eklassens says Bastoy makes a good place for inmates to end their sentences.

"Here we are trying to give you a great deal of trust and trying to work with you so that you are not going to prison again," Eklassens says. "We're trying to give the prisoners some sense of pride in what he has accomplished while he is here."

In addition, the prison tries to help inmates deal with problems like drugs, violence and reconnecting with their families.

"That's why I think it's a good place to serve your sentence," Eklassens says.

Bastoy Prison might function well as a liberal institution. But Norway also has the full spectrum of jails, including maximum security facilities. For George, one of the few foreign inmates on Bastoy, serving out his sentence on the island is like leading a normal life compared to conditions he experienced in Ringerike, Norway's maximum security prison.

"That one was perhaps the toughest prison in the whole of Norway because the way you are treated there in a way brings you down," George says. "I would have been a very bitter man when I would have come out of Ringerike."

The prisoners of Bastoy are fortunate to live in surroundings that many of Norway's prisoners would wish to appreciate during their sentences. While prison staff believe they work in the best prison in the world, the jury is still out on whether time at Bastoy is the catalyst for inmates putting a life of crime behind them for good.

What is certain, though, is that the inmate islanders live in a unique prison. Life is not a beach at Bastoy but there is a chance for prisoners to enjoy a special kind of freedom and to regain responsibility over the lives.