North Korea has voided a non-aggression pact with South Korea. The announcement came in response to harsh sanctions from the UN Security Council aimed at punishing Pyongyang for its pursuit of nuclear weapons. 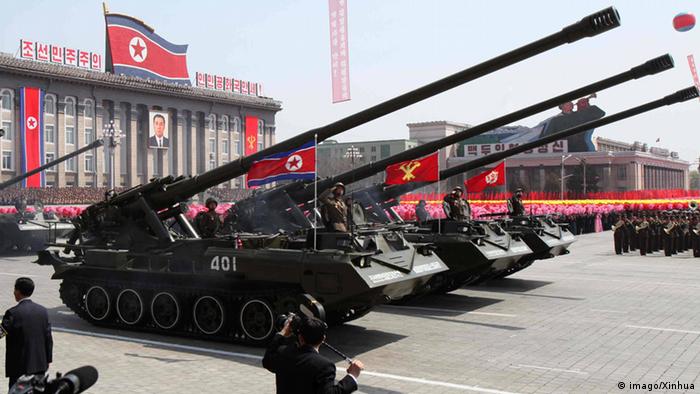 A hotline with Seoul was severed by North Korea shortly after it notified its southern neighbor that it would no longer abide by a peace pact.

"[North Korea] abrogates all agreements on non-aggression reached between the North and the South," the state-run Committee for the Peaceful Reunification of Korea said in a statement.

The announcement came just hours after the United Nations Security Council had slapped harsher sanctions on Pyongyang in an effort to impede its development of nuclear weapons.

South Korea had already put its military on high alert on Thursday, saying that its neighbour to the north was preparing "massive" military exercises.

Earlier in the day, North Korea stepped up its rhetoric against the US and South Korea, claiming the right to launch a pre-emptive nuclear strike on Washington, which it accused of preparing an atomic war.

In February, Pyongyang confirmed it had successfully conducted its third nuclear test, following previous tests in 2006 and 2009. The UN Security Council has already passed resolutions banning the isolated country from developing nuclear and missile technology.

The resolution will intensify inspections of North Korean cargo and specifically ban exports of luxury cars, yachts and jewelry to the country's capital city. It would also add three new individuals, a government science academy and a trading company to a UN blacklist for travel bans and asset freezes.

The measure "sent an unequivocal message that the international community will not tolerate [North Korea's] pursuit of nuclear weapons," Ban said in a statement.

"Taken together, these sanctions will bite and bite hard. They increase North Korea's isolation and raise the cost to North Korea's leaders of defying the international community," Rice told reporters after the vote.