Once the world's biggest mobile phone maker, Nokia has suffered another setback in efforts to claw back market share from rivals Apple and Samsung. In the third quarter its loss widened as smart phone sales plunged. 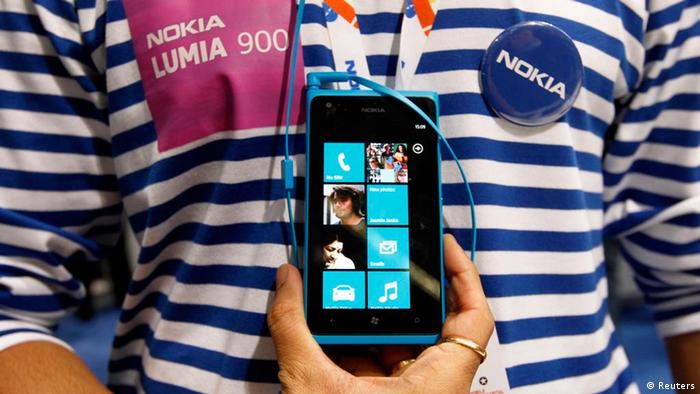 In the third quarter of 2012, mobile phone maker Nokia posted a net loss of 969 million euros ($1.27 billion) compared with a loss of just 68 million euros in the same quarter a year ago.

Company sales were down by a staggering 19 percent to 7.2 billion euros, in a quarter described by Nokia Chief Executive Stephen Elop as difficult.

Bumper sales of its new Galaxy S3 smartphones have bolstered Samsung's position as world mobile phone leader. In addition, higher sales of PCs and TVs have powered the South Korean firm to a record profit. (27.07.2012)

However, the Finish firm was able to contain its losses, reducing a 1.4 billion shortfall accumulated in the second quarter.

In the period between July and September, Nokia sold a total of 83 million mobile phones, down 22 percent over the year. In the pivotal smart phone segment, sales of its flagship Lumia model dropped from 4 million in the second quarter to 2.9 million now.

Nokia said it expected better sales in the fourth quarter as its new Lumia 820 and 920 models, based on Microsoft's latest Windows 8 operating system, were due to hit stores in November.