Nike Wagner's family tree includes both Richard Wagner and Franz Liszt. The author and festival director talked with DW about the intriguing and at times paradoxical legacy of Franz Liszt. 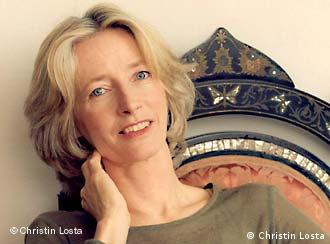 Nike Wagner is a noted author, critic and festival director

DEUTSCHE WELLE: We recently saw each other at the Donaueschingen Festival, where you're a regular guest. Do you think Franz Liszt would have been a fan or even a performer of new music?

Nike Wagner: Yes, certainly. Franz Liszt always defined himself as a musician of the future. He often supported and promoted works by his contemporaries. I'm certain that he would today have been in the centers of new music and in the places where premieres are taking place - both as a performer and a composer.

You were more or less forced to grow up with Wagner in Bayreuth. How and when did you get access to Liszt's works? It's ultimately not as easy to encounter Liszt as, say, Mozart…

That's exactly right. We simply don't hear his works often enough. I was familiar with his "Liebesträume" (English: "Dreams of Love") and the "Hungarian Rhapsodies" - fragments of his immense body of work. I'm embarrassed, but I have to admit that I didn't become aware of Franz Liszt until very late. It came by way of my interest in contemporary music - in that milieu, I always heard excited praise for him. And finally I discovered him for myself - by way of his late work, which Bartok described as the gateway that opened up to the music of the 20th century. Soon thereafter, I was offered the chance to direct a festival in Weimar. I dedicated it to Franz Liszt, who was a musical "local hero" there in the middle of the 19th century. Since then, I present his works here each year as often as possible.

What would you recommend to a music lover with no preconceived ideas about Liszt: how can one get closer to his work? 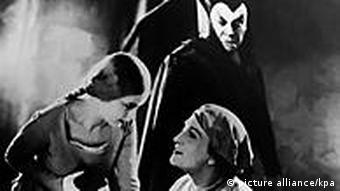 I would actually say by way of his late compositions - mostly piano pieces but also spiritual works. This music has an almost "existential" sparseness. The tonality is often no longer definable, and the sound is movingly sad. But then you should head backwards into the work of the 1830s and 40s. For example, "Annees de pelerinage," the great piano cycle, or the "Transcendental Etudes," which weren't even considered playable during Liszt's time.

You'll discover the Romantic Liszt, who was capable of transforming natural atmospheres, impressions of art or fascinating stories from world literature into music. He didn't just do "program music," but instead invented his own poetic treatments. And then I'd say you should quickly get into the symphonic poems. They are large-scale orchestral works that occasionally alienate you by way of a certain bombast and faith in ideals. But you'll also discover that they're exciting adventures. Franz Liszt loved extremes. With him, it either goes high into the heavens or straight into hell. He loved the "diabolic," Mephistopheles, the cutting and bizarre. In a sense, he was already writing film music.

Is there a sense in which being fascinated by Wagner precludes admiring Franz Liszt's compositions? Are they two musicians and two oeuvres that stand in opposition to one another?

I think we can admire the works of both composers exactly because they're so different. Thank God that Franz Liszt never wanted to write operas, with the exception of one tiny early work. And the other - Richard Wagner - was a genuine dramatist and theater-maker. But Liszt remains in instrumental music, in choral music, spiritual music and in piano literature. As such, both are separated wonderfully in terms of genre. And they are also very different in terms of character. Franz Liszt grew up with French Romanticism, and we hear that in his style. He has a sweeping, poetic, fantastical spirit, while Wagner concentrated music into forms of concrete storylines and conflicts. Liszt is more mystical and remains idealistic, but Wagner plumbs the depths and surfaces of the human soul in an almost psychoanalytic fashion. 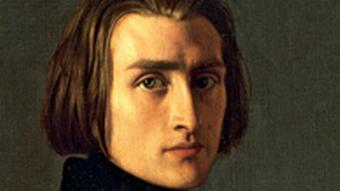 Critics have long been divided about Liszt's significance as a composer

We often hear - including from specialists - that Liszt's symphonic works are less than extraordinary, that this incredible piano virtuoso was perhaps a good improviser but never a great composer. The symphonic poems seem especially prone to this criticism. Is there truth in that, and what motivates it?

Even while Franz Liszt was alive, there was a lot of criticism about his orchestral work. One part of the audience, including his friends like Schumann and the whole "classicist" school, resented that he switches roles from a virtuoso to an orchestral composer. They didn't understand his kind of program music and his wild experiments. And they didn't support him as he had supported them - like Wagner or Berlioz, who didn't conduct his works or stand up for them. There is this old judgment that he should have just stayed on the piano and that he didn't have a real talent for orchestration. But we really have to be careful with that because it's simply not the truth. There are weaker works, including some among the symphonic poems, but there are also harmonically very bold and moving pieces.

What fascinates you about the person Franz Liszt was?

He had a marvelously noble and poised character. Everyone agreed on that point, even his detractors. And that doesn't mean you have to think of him as holy - as many of his biographers at the time did - but just look at what he did, how he helped and supported his contemporaries' music that he believed in, and how he so often used the money he earned during his years as a virtuoso for charitable goals - for poor musicians, for widows and orphans, victims of catastrophes or the Beethoven monument in Bonn. You can't even begin to list everything. In his self-sacrifice, generosity and humaneness, Franz Liszt is incomparable. It's likely a first in the history of music - to put everything in the service of music and art without letting an ego move into the foreground.

Marie d'Agoult, your great-great grandmother, once angrily called her ex-lover, Franz Liszt, a "Don Juan parvenu" and charged him with every possible baseness. Is there something distasteful, maybe even misogynistic about their relationship? 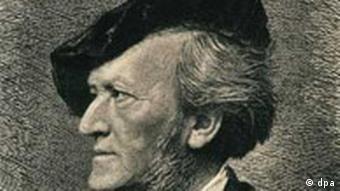 No, not at all. It's important to understand it in context: it's unthinkable that such a striving piano genius like Liszt would let himself be tied to the home the way Marie d'Agoult wanted it. A young artist wants to go out into the world, and Europe was practically at Liszt's feet. The thing about "parvenu" - that was said in anger and disappointment.

It is striking that Liszt, in contrast to Richard Wagner, socialized almost exclusively with the aristocracy. However, you also have to consider that he emancipated music, not just in a formal but also in a social sense. He did not remain an aristocratic salon virtuoso. And there's a contradiction there: on the one hand, going forward with music and engagement for social justice but remaining in relatively restrictive social circles. But it was never the case that he wanted to send music back into a previous era. With his preference for etiquette and good form, Liszt fit in well with the aristocrats. This discrepancy between formality in his personal life and challenging formal expectations in music is very interesting.

Franz Liszt was born 200 years ago. Composers often get a lot of attention on such anniversaries, but then silence returns. What do you hope will be the long-term consequences of the celebrations this year?

I really hope that this year will have a lasting impact and that his works will now be better integrated into our concert repertory so that people can hear them more often. Liszt has to gain acceptance still, and we don't want to wait for the 300th anniversary.

Is there a composition by Liszt that is especially important to you personally?

I think it's the Piano Sonata in B minor. I just find this work crazy: to consolidate the four-part sonata form into one movement of more than half an hour in length - this work fascinates me time and again.

Deutsche Welle presents highlights recorded live at the 2011 Beethovenfest, including a complete cycle of Beethoven's sonatas for piano and violin and a performance headed by legendary American composer Steve Reich. (15.09.2011)

In his restless life as a piano virtuoso, Franz Liszt often sought out oases of peace. One of them was the island of Nonnenwerth in western Germany on the Rhine River, a place he often visited with his family and lover. (20.10.2011)