Germans were shocked last year when an international study rated them the fattest in the EU. A subsequent German review revealed the country's weight demographics. Now a new study shows the extent of the problem. 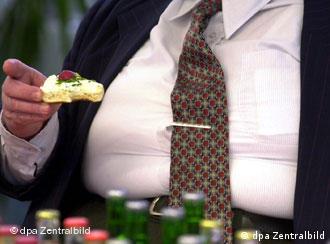 Germans have little idea of what they put into their bodies

Germany is facing more of a challenge in the battle of the bulge than first thought, according to a new study on eating habits in the country. The survey showed that more than half of all Germans were too fat, with two-thirds of all men and 51 percent of women officially overweight.

But in another shocking revelation, the National Consumption Study has shown that 10 percent of German girls under 17 years of age were underweight and were not eating enough to remain healthy.

The study showed that the difference between the consumption of men and women was striking. While almost one-third of 18- to 29-year-old men were overweight, every tenth young woman was too thin. 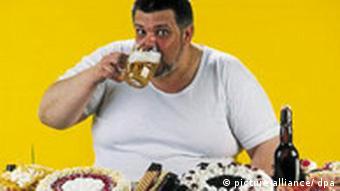 Few Germans realize how many calories they consume

It also shows that the majority of Germans have very little knowledge about what they eat and what effect the food has on their bodies. Only 10 percent of the interviewees had any idea how many calories they needed each day or how many they consumed.

The study's figures were based on the body mass index (BMI) of an overweight person being between 25 and 30. This BMI is calculated by dividing an individual's bodyweight by the square of their height. The higher the BMI, the higher the risk that the person will develop an illness such as diabetes or heart disease.

A separate report in the Stuttgarter Zeitung newspaper stated that every fifth German had a BMI of over 30.

Over 20,000 Germans between 14 and 80 took part in the National Consumption Study and divulged information on eating behavior, sporting activities, shopping practices and lifestyle.

The last government survey on obesity in Germany, taken last May, stated that around 37 million adults and around 2 million children in Germany were overweight. One-fourth of adult Germans suffered from cardiovascular diseases, while there were around 4 million diabetics in the country. 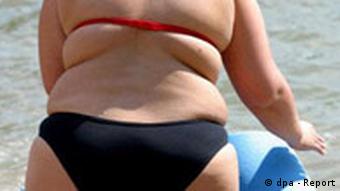 Fat is no longer just a feminist issue

One in five German women and one in seven men reportedly suffered from chronic back pain. The annual costs of treating nutrition-related illnesses amounted to 70 billion euros ($95.3 billion), which was 30 percent of Germany's overall health costs recorded at the time.

The government survey followed on from a similar one done by the International Association for the Study of Obesity, in 2007. It found that among EU countries, Germany had the most overweight women and men. Among adults, the study found that 58.9 percent of German women were overweight; 75.4 percent of men tipped the scales.

Beer, fatty foods and a lack of physical activity are the main culprits behind Germans' expanding waistlines, according to experts, and the rates of obese and overweight Germans now match those of Americans.

Brits Brush Up on their Polish

People in industrialized nations are getting taller and fatter, but the problem is that no one really knows by how much people’s bodies are changing. (22.01.2008)

Germany Considers Fat Tax in Battle of the Bulge

The German government will consider all options in the fight against obesity, however bizarre. After the sensible idea of promoting exercise comes the slightly mad idea of pricing fatty foods out of the average budget. (15.05.2007)

The Fat Years Are Not Over

The annual report from EU statistics department Eurostat has thrown up a few surprises. The most eye-opening statistic is the new shared interest German guys and British girls have in common: being fat. (21.02.2007)

Does the German government have a responsibility to reduce the levels of obesity in the country? Please include your full name and country with any reply.