The offices of German banking giant Deutsche Bank have been raided for the second time in just over a week. The latest raids are connected to the collapse of the Munich-based Kirch media group. 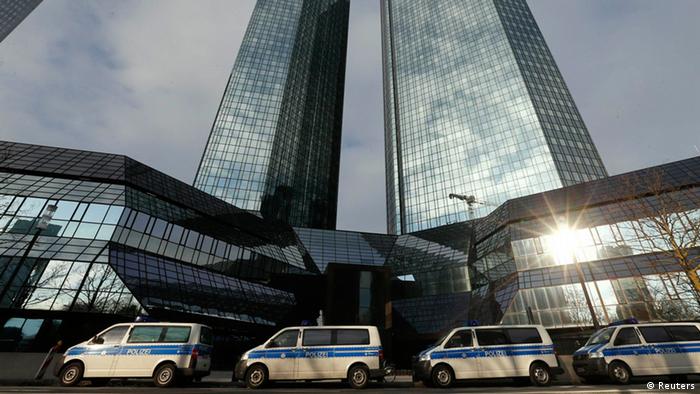 Deutsche Bank's Frankfurt headquarters were raided by investigators from prosecutor's office, the lender confirmed to news agencies on Thursday. Prosecutors are trying to establish whether former executives at the bank made false statements during court proceedings in the Kirch case.

While it confirmed that the raids, which were carried out on Wednesday, had taken place, the bank also denied allegations that its former executives had made false statements.

Office materials were seized, but no arrests were made, said a spokesman for the Munich prosecutor's office.

Last Friday, the lender was ordered to pay compensation to the heirs of the late media mogul Leo Kirch, after Munich's higher regional court found Deutsche Bank partially liable for the insolvency of the Kirch media group in 2002.

The court left open the amount of damages Deutsche Bank would have to pay, but it had previously estimated damages at between 120 million euros ($159 million) and 1.5 billion euros.

In a much larger raid, Deutsche Bank properties in Frankfurt, Berlin and Düsseldorf were stormed by 500 police last Wednesday, in connection with allegations against 25 bank employees of tax fraud and money laundering in relation to Europe's carbon emissions trade, the general prosecutor's office said.

Five people were arrested on charges of attempting to obstruct the criminal investigation, the office added.