Differences between presidential candidates Nicolas Sarkozy and Segolene Royal are strategic rather than substantive in foreign affairs. Neither is beholden to the anti-American Gaullist or Socialist legacies. 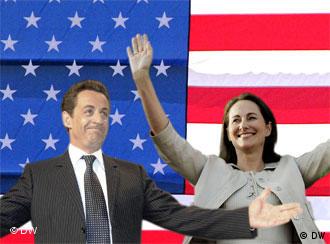 In the last decades, the French have made a political sport of bashing various American presidents. Peanut farmer Jimmy Carter was called incompetent and Ronald Reagan was considered a second-rate Hollywood actor.

But after the invasion of Iraq in 2003, George W. Bush, became the most despised US president ever, the embodiment of everything the French hate about America—its religious fundamentalism, permissive gun laws, and above all, its unilateralism in the conduct of foreign policy.

Although Germany also took a hard line view in its opposition to the war in Iraq, former chancellor Gerhard Schroeder was simply dismissed in Washington as an opportunist playing to an electorate whose experience with war in the 20th century had made them viscerally opposed to war in principle.

But the Americans retaliated against the French only. They dumped imported Chardonnay in the Great Lakes, boycotted Camembert cheese and french fries were renamed "freedom fries" on congressional menus in cafeterias on Capitol Hill. Ditto with french toast.

Last year, as he got his campaign underway, French presidential candidate Nicolas Sarkozy made an attempt to repair transatlantic relations on the anniversary of the September 11 attacks by visiting Ground Zero and meeting President Bush. 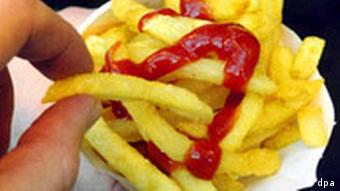 French fries were taken off some American menus for a while

Although Sarkozy has voiced his opposition to the Iraq war, the former interior minister of the ruling center-right UMP party was conciliatory about perceptions of what he called “French arrogance” in his country's handling of the Iraq dispute. This prompted the opposition Socialist party to label him “an American neo-con with a French passport,” a label that has dogged him throughout the campaign.

American leaders favor Sarkozy over his socialist rival Segolene Royal. In Europe, support for the French candidates is split along a north-south divide, with Germany’s conservative chancellor Angela Merkel and even Britain’s Labour government leaning towards Sarkozy, while leftist governments in Spain and Italy favour Royal, according to Dominique Moisi of the Paris-based French Institute of International Relations (IFRI).

"One should not expect a foreign policy revolution in France, but the style would be warmer under Sarkozy because of a cultural affinity for the United States," he said.

Not beholden to tradition

Others say not to read too much into Sarkozy’s Atlanticist leanings. Both candidates have moved toward the center in the run-up to the second and final round of elections on May 6, and Royal is generally considered a moderate in her divided party. 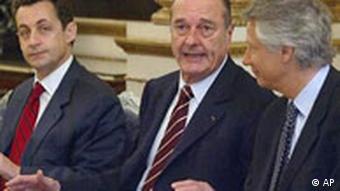 President Jacques Chirac (middle) was Sarkozy's mentor, but there's no love loss between the two

“On Iran, she is even to the right of George W. She said she ruled out any civilian nuclear cooperation,” said Francois Heisbourg of the Foundation for Strategic Research (FRS) in Paris.

"It is hard to predict the policies each would pursue as president," added Heisbourg. "Don’t take into account their campaign rhetoric. The only thing we can say for certain is that Sarkozy is no Jacques Chirac," adding that the candidates are likely to have a more open mindset towards the US than their predecessors in the Elysee Palace.

Good at a working level

At the working level, some say that France's tortured relationship with its big transatlantic ally has always been good.

"Americans are mistaken about the French always taking the opposite view simply to be contrarian. The Gaullist legacy was to pursue an outwardly independent line, unlike Britain, which has traditionally tried to influence Washington from the inside," said Jeremy Shapiro, an expert on France at Washington's Brookings Institution, who pointed out how France used its influence in Lebanon for the benefit of its Western allies.

During last year's conflict between Israel and Hezbollah militants in Lebanon, it was the French who persuaded President Bush to wait for a ceasefire before sending in a multilateral peacekeeping force.

One thing that both candidates recognize is that Europe needs to be united to be influential on the world stage. The French referendum on the EU constitution produced a shocking "no" in a nation that has always supported EU integration. 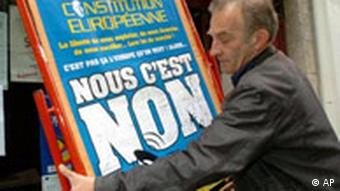 Voters said "non" to the constitution

It is a top priority to get the European bicycle rolling again, according to Pierre Lellouche, Sarkozy's foreign policy advisor.

"What we propose is a simple mini text that would get Europe back on its feet and put it through Parliament this time. We want to get this done while Madame Merkel is still in charge of the EU presidency," he said. A constitution that addresses technical points of procedure is vital for a bulky Europe of 27, whereas Royal has instead proposed another referendum on a similar document at a later date that stands the risk of being rejected again, according to Lellouche.

The differences between the candidates is more one of approach rather than substance, with Sarkozy being the better strategist, according to Andrew Moravcsik, director of the EU program at Princeton University.

"Many pro-European socialists I know who are active in public life privately admit they'll vote for Sarkozy. The European issue is more important to them than party loyalty," he said. 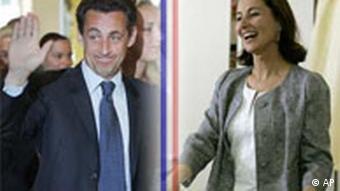 "Royal played it wrong. She made crisp campaign promises that she can't duck. She said, 'we need to have a referendum'. The simple bottom line is that Europe is not a salient issue in the minds of voters," said Moravcsik, who explained that voters should not be forced to take a position on a complex constitution they have trouble understanding.

"Sarkozy on the other hand, is clever. He is opposed to Turkey in the EU, and is giving the public what it wants to hear. Even if he serves two terms, it's unlikely he'll be called upon to do anything about it. His tactic is 'I make a promise that I don't have to keep'," he added.

On the issue of missile defense in Europe, Lellouche, who is a possible contender for national security advisor in a Sarkozy cabinet, said it was "absurd" that the Americans are taking the lead.

"Why aren't we doing this for ourselves on our continent? After all, the threat from the Middle East is closer to us," he said. "We need to at least look at our own surveillance potential in France and push it at the European level."

Experts agree that whether it will be Madame or Monsieur le President, Franco-US relations can only get better.

In less than two years, George W. Bush will be gone. Even Republican Congressman Walter B. Jones, who instigated the move to excise the word “French” from the English language, has come out against the war in Iraq. And french fries are once again on menus on Capitol Hill.

Opinion: It's Time to Get Serious in France

Deutsche Welle's Anke Hagedorn says that Nicolas Sarkozy and Segolene Royal now need to focus on the issues rather than appearances before they square off again in the race for the French presidency on May 6. (23.04.2007)

"This Election Is Like a Soccer Cup Tie Match"

In an interview with DW-TV, Franco-German Daniel Cohn-Bendit, a leading politician for the Greens in Europe, talked about the French presidential election and the consequences for France and Europe. (22.04.2007)