Neil Diamond retires from touring due to Parkinson's disease

The American singer-songwriter has canceled tour dates in Australia and New Zealand due to the onset of Parkinson's disease. But the 11-time US No. 1 hitmaker still plans to continue writing and recording music. 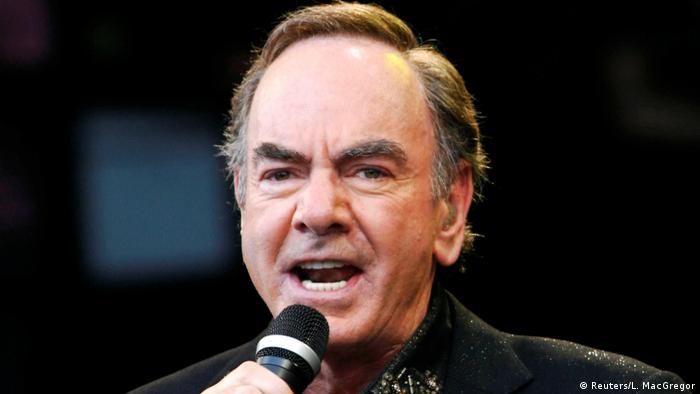 Legendary US singer Neil Diamond confirmed on Monday he has probably played his last tour dates after recently being diagnosed with Parkinson's disease.

The Grammy award winner, who turns 77 on Wednesday, said he had taken advice from his doctors and canceled the third leg of his 50th Anniversary tour, which was planned for March in Australia and New Zealand. Fans will be offered refunds on their tickets.

"It is with great reluctance and disappointment that I announce my retirement from concert touring. I have been so honored to bring my shows to the public for the past 50 years,” said Diamond in a statement on his website.

"My sincerest apologies to everyone who purchased tickets and were planning to come to the upcoming shows," he added.

- The Rolling Stones return to Europe for the 'No Filter' tour

The Rock and Roll Hall of Famer who is best known for hits including "Sweet Caroline" and "Cracklin' Rosie" said he wanted to continue writing and recording music and working on other projects.

Diamond had planned to play several outdoor stadiums and arenas down under after selling out shows in the US and Europe last year, including the German cities of Munich, Hamburg and Mannheim.

The singer is due to be honored by the US Recording Academy with its prestigious Lifetime Achievement Award on January 28.

Diamond has sold more than 130 million albums worldwide and 38 of his singles have made it to the American Top 40, according to the academy.