Two ghosts are haunting the eurozone: low inflation and a strong euro. The European Central Bank (ECB) has taken aim at both by punishing banks that park money with the ECB. 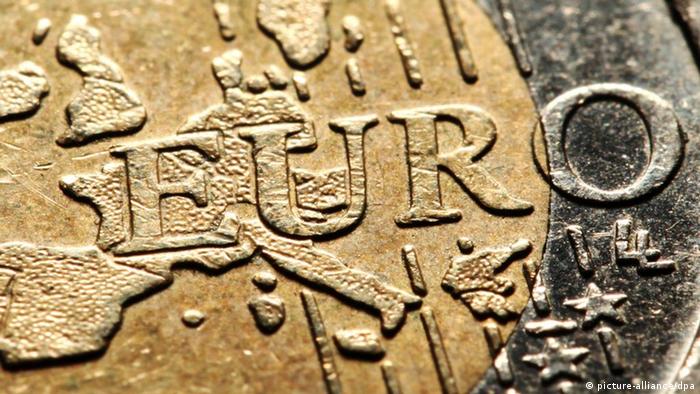 "We're very aware of the fact that an extensive period of low inflation carries risks," ECB president Mario Draghi told international central bankers at a meeting in Portugal last week. He is referring to the risk of deflation, the vicious circle of declining prices, yielding company profits, reduced investment, higher unemployment and ultimately an intensified recession. Once caught in this vicious circle it is hard to find the exit - the example of Japan serves as a warning to all.

Draghi does not see any risk of broad-scale deflation for the time being - an assessment backed by the improving economies in crisis-ridden southern Europe. But the strong euro is threatening to neutralize the enhanced competitiveness gained by the wage cuts in these quarters. Experts say the common currency is overvalued by about ten percent. This is mainly due to "the significant capital inflows that want to profit from an end of the crisis," says Martin Huefner, Chief Economist at Assenagon in his weekly commentary. 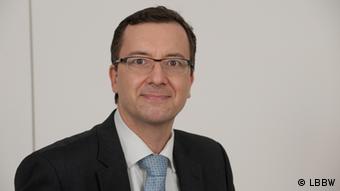 Many have high hopes for the next ECB meeting, says Jens-Oliver Niklasch

It was an open secret that the interest rates are set to fall," says Jens-Oliver Niklasch, Chief Economist with Baden-Wuerttemberg's state bank LBBW. Rates were cut for the eurozone from 0.25 percent to 0.15 or 0.10 percent. As a rule such interest rate cuts trigger a devaluation of the currency. In this case the effect will probably be limited. What difference does 0.1 percent make after all? And secondly: "An interest rate reduction is already priced in," Niklasch told Deutsche Welle.

But the ECB has done more. The European monetary watchdogs are going to try out a new tool: the negative interest rate. This means that a commercial bank is obliged to pay a penalty rate if they park money with the ECB. The ECB is hoping to achieve two targets with this measure, says LBBW analyst Niklasch: "The first is rather simple: that the euro is weakened on currency markets; the second is that the vast liquidity offered by the ECB finally reaches the private sector."

In other words: The banks should finally dish out more loans to companies. This would generate more investment, more growth and ultimately higher inflation rates. If the euro softens at the same time, the ECB have killed two birds with one stone. Experts are skeptical as to whether this plan will work. "The granting of loans by commercial banks actually hinges more on demand than supply," says Jens-Oliver Niklasch.

This means: The debt crisis and recession dampened demand for loans, especially in southern Europe. The ECB can not force banks to provide loans to the private sector. Banks will probably look for alternatives to avoid the penalty rates, such as government bonds of debtor countries in the eurozone. These still have good returns and are guaranteed by the ECB. However, this means more money will go to southern Europe and it defeats the object of devaluing the euro.

Sowing the seed for the next crisis? 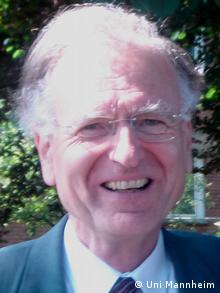 So what needs to be done? Nothing, says Roland Vaubel, economist at the University of Mannheim: "The recession is practically over. We have positive growth for the entire eurozone. We have solid monetary growth." So he sees no need to soften monetary policy.

But what about low inflation? Is he not worried at all about that? No, says Vaubel: "Because this is the result of the monetary policy dating back two to three years. This is a lagging indicator. The ECB is making a mistake if they're looking at the current inflation rate."

They should keep their eyes on monetary growth and demand, both of which were positive thanks to the improving business climate. He says further relaxation of the monetary policy does not make sense and would prepare the ground for the next crisis: "We're running the risk that we fail to drop this hyper-expansive monetary policy fast enough when the economy makes a significant leap and inflation rates soar. I fear that this so-called exit won't work then."