Nazi Photo Trips Up Confidence Campaign | Germany | News and in-depth reporting from Berlin and beyond | DW | 24.11.2005

The "Du Bist Deutschland" media campaign was intended to inspire Germans to feel positive about their country. A photo showing Nazis using a similar slogan in the 1930's has caused more than a few red faces. 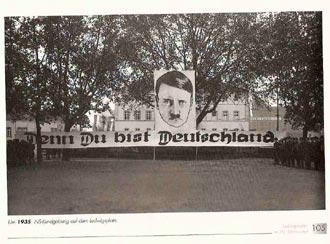 It is the largest public-service campaign in German history, put together by 25 top media organizations on a budget of 30 million euros ($35.7 million).

Last month the "Du Bist Deutschland" (You Are Germany) campaign started its mission of trying to inject some optimism into a populace threatening to buckle under the weight of high unemployment, weak economic growth and a muddled political situation.

But while the message plastered across the screens, pages and billboards of Germany since the start of October promotes a sense of pride in what modern Germany has achieved, a controversial photograph discovered in a book entitled "Ludwigshafen - ein Jahrhundert in Bildern" (A Century in Pictures) suggests that the use of the slogan is not unique.

The picture in question shows a public National Socialist party convention from 1935 where a poster with the face of Adolf Hitler is suspended, supported by a long banner stretched between two groups of soldiers which bears the slogan: "Denn Du bist Deutschland" ('Cause you are Germany) in big bold letters.

The image allegedly comes from a selection of negatives discovered by Ludwigshafen's local historian and archivist Stefan Mörz, the author of the 1999 publication, from a collection left over from the time of the Third Reich. The photo began appearing on internet sites earlier this week and sent the German blogging community into a spin before the mainstream media latched onto it.

The authenticity of the photograph has been questioned and while it has been claimed that it is almost certainly the real thing, historians are continuing to research whether the National Socialists actually used such a slogan at the time or ever in their history. 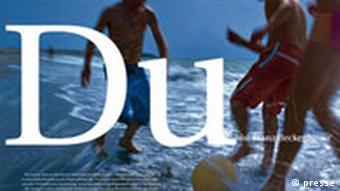 If the photo is proven to be real, it would be an embarrassing discovery for Hamburg's Jung von Matt advertising agency, the creative force behind the current campaign, that the slogan being used to rally Germany's 82 million people to be proud of their country and to move on from the collective guilt and depression caused by aspects of their history was first used in some form by the Nazis.

Erring on the side of caution, campaign coordinator Lars Christian Cords issued a statement that suggested that the incident was a mere public relations blunder rather than a rekindling of fascist propaganda. Cords told the Associated Press that the campaign team knew nothing of the photograph.

Historians have also made it known that the slogan did not belong to the standard propaganda repertoire of the National Socialists and is not a current Nazi slogan. 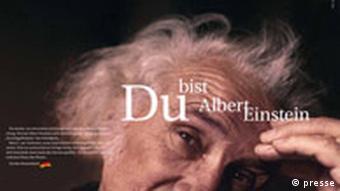 Cords went further to stress that the campaign and all those involved with it condemns National Socialism, racism and all neo-Nazi beliefs. "We support the processing of German history and use this campaign to send an anti-fascist message that the achievements and personality of every single person in civil society is worthwhile."

"Du bist Deutschland is a message to everyone that every single one of us has a responsibility for the well-being and future of Germany," added Cords.

Berliners Get The Blues

A new report shows that not only is depression on the rise in Germany, but Berliners are the most miserable of all. Is it something in the water, or are they simply more open about their feelings? (April 14, 2005)

After years of economic stagnation, many Germans have become depressed about the future. But now leading German media organizations have launched a new initiative to help lift their spirits. (Oct. 5, 2005)

Time Germany Learned to Love Itself

It's been stuck in self-loathing for as long as anyone can remember, but apparently, Germany isn't half as disliked as it believes. In fact, it has one of the best images in the world. (June 24, 2005)