Afghanistan needs further funding for its police and army if it is to secure the peace after international troops pull out in 2014. But many potential donors are concerned about Afghanistan's track record on corruption. 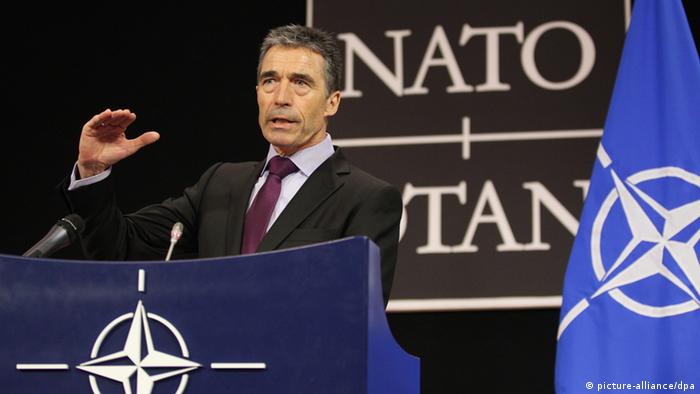 Everybody wants to help, but few are willing to provide exact figures. That just about sums up the stance of NATO member states with regard to how the Afghan security forces are to be financed after 2014. So far only the US has provided any concrete figures, pledging some $1.8 billion (1.4 billion euros) per year to finance the Afghan police and military. The other ISAF states pulling out by the end of 2014 are also expected to contribute $1.8 billion. An additional $500 million are to come from the government in Kabul, bringing total funding for Afghan security forces to $4.1 billion per year. Following this week's NATO's spring summit in Brussels, Afghan Foreign Minister Salmaj Rasul confirmed that the financial commitments were valid until 2025. 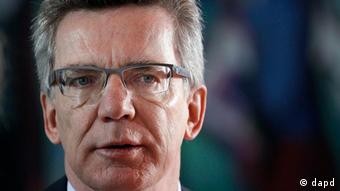 Although NATO Secretary General Anders Fogh Rasmussen pressed all participants to dig in their pockets, most were reticent to make any concrete financial pledges. Even German Defense Minister Thomas de Maizìere was unwilling to provide any exact figures. "The main task after 2015 will be civil and economic development. A decision will be made on this at a donor conference in Tokyo," said de Maizière, adding that naturally he did not want to pay twice for the military and civil reconstruction. "Given the circumstances, Germany’s contribution is respectable."

Stay on longer if necessary

Afghan Defense Minister Abdul Rahim Wardak described the outcome of the Brussels meeting as a major step toward stabilizing his country. He welcomed the ISAF plan of placing complete responsibility for security on Afghan shoulders by the end of 2014. "To begin with I was skeptical, but now I believe it can succeed," said Wardak, adding, however, that nobody could predict how the security situation would develop in the coming years. "It's possible that the concept won't work out. But there is enough flexibility to adjust troop levels to the actual conditions on the ground. We've always said the security situation must be assessed on a permanent basis and the withdrawal must be carefully timed with realities on the ground," said Wardak.

Individual NATO members are prepared to leave combat troops in Afghanistan after 2014 if the Afghan soldiers fail to provide security. The Afghan government has been forging bilateral agreements with some NATO states to this effect over the past months. "We want to avoid a vacuum in Afghanistan," said Defense Minister Wardak. The aim is to prevent a civil war similar to when Soviet troops withdrew in the 1990s. 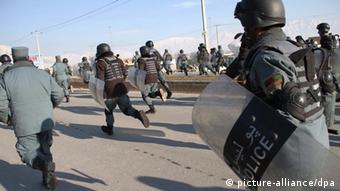 It is unclear whether there will be another NATO mission in Afghanistan after 2014 or indeed whether there will be another mandate by the United Nations. Russian Foreign Minister Sergei Lavrov underlined that his government does not support any further stationing of foreign troops in the region. NATO Secretary General Anders Fogh Rasmussen called on the Russians to participate constructively. "We shouldn't simply give up on Afghanistan and leave behind a security vacuum. We should make sure there is a strong Afghan military capable of guaranteeing security after 2014," said Rasmussen. He called on as many states as possible to help fund the estimated 230,000 soldiers and police officers. "This is not just up to the NATO and ISAF states. We would also welcome contributions from Russia, China and other international partners."

Neighboring Pakistan is key to a smooth ISAF troop withdrawal and a successful ceding of powers to Afghanistan. NATO diplomats are currently negotiating with Pakistan on the re-opening of an important route to the Indian Ocean which is needed to withdraw troops, material and maritime containers. "Pakistan must play a positive role if there is to be peace and stability in Afghanistan or indeed the entire region," said NATO General Secretary Anders Fogh Rasmussen. "We want to forge a strong partnership with Pakistan." However, this requires that Pakistan cracks down on terrorists who use the country as a safe haven, said Rasmussen. He added that NATO was not planning any military operation to combat terrorists in Pakistan. It has not yet been decided whether there will be an international anti-terror unit in Afghanistan after 2014. 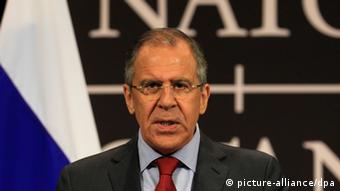 German Defense Minister Thomas de Maizière reiterated that Afghanistan has pledged good governance regarding the arming and management of security forces. Funding the Afghan police and army comes with strings attached, he added. "Transfers will only be made if we are sure the money does indeed reach the soldiers and police officers. The Afghan contribution must rise over the years and it must be transparent how much each country pays. If these conditions are met, we are prepared to make a substantial contribution."

ISAF's withdrawal plan will only work if Russia and the Central Asian countries continue to keep their transit routes open. Russian Foreign Minister Lavrov said his country was prepared to help as long as it was consulted more closely in the decision making process on Afghanistan.

NATO's Brussels summit has been overshadowed by a scandal about the conduct of US troops in Afghanistan. US Defense Minister Leon Panetta attempted to limit the fallout. (19.04.2012)

Afghanistan is reeling from a spate of Taliban attacks against Western targets. Locals fear that the Taliban will once again gain control of the country once international forces leave. (17.04.2012)