NATO endgame in Afghanistan sparks clash of paranoid fears | Asia| An in-depth look at news from across the continent | DW | 02.02.2012

As NATO troops prepare to withdraw from Afghanistan by 2014, speculation is rife over what awaits the war-torn country when the transition period comes to an end and the era of transformation begins. 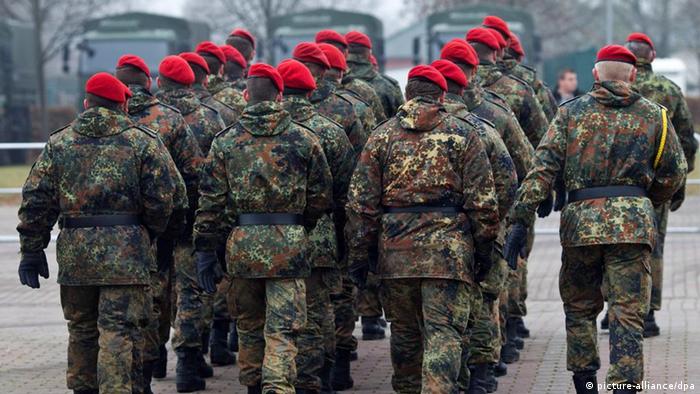 International troops are supposed to have withdrawn by 2014

As the decent interval - to use Henry Kissinger's phrase - before NATO troops withdraw completely from Afghanistan in 2014 gets underway, there is much speculation about what might happen. Observers are generally less than optimistic.

The country's wealth of natural resources, including oil, gas and rare earth elements, estimated to be worth billions, is attractive to many conflicting parties, and its strategic location is stirring animosity among its neighbors. 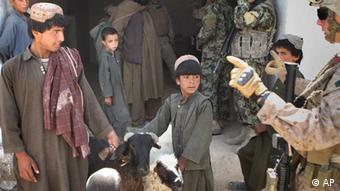 "I believe the really important fight is not one with rockets and mortars and helicopters on those barren planes and rocky mountains," Indian journalist David Devadas declared at a recent conference in Berlin about possible scenarios in post-2014 Afghanistan.

"It is the clash of paranoid imaginings in the hearts and minds of men. Everyone seems to be drawing up strategies based on fear these days. India fears that Pakistan is going to gain ground. [Afghan] President Karzai fears he will lose power. Each insurgent group, including the various factions of the Taliban, fears another will gain power. Pakistan's army fears it might fail to adequately take advantage of this opportunity to regain the influence it had in Afghanistan until 9/11. Pakistan's president and prime minister fear they will lose power as Pakistan's army get's more active. And I fear that all this fear will cause much more violence, bloodshed and terrorism."

What is clear is that there seems to be a lot of behind-the-scenes string-pulling going on and communication that is less than transparent.

Increasingly, Hamid Karzai's government appears to be ill-informed about the plans of the other major actors in Afghanistan. 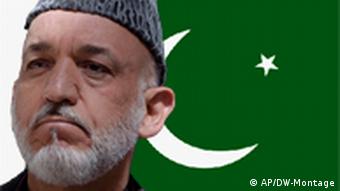 President Karzai has an uncertain future ahead

On Thursday, a senior Afghan official told news agency Reuters that the US' announcement this week that it would stop combat operations before the end of 2013 had come as a surprise. "The transition has been planned against a timetable and this makes us rush all our preparations. If the Americans withdraw from combat, it will certainly have an effect on our readiness and training," he said.

US Defense Secretary Leon Panetta for his part has insisted the strategy has not changed but is in line with what was agreed at a summit on Afghanistan that took place in Lisbon in November 2010.

However, these developments are another indication that the US feels less need to consult with those currently in power in Afghanistan. Indeed, according to Devadas, the US is already trying to figure out how it will deal with a post-Karzai equation.

Several top Taliban officials detained at Guantanamo Bay are reportedly going to be released and the Taliban have acknowledged holding preliminary discussions with the US and agreeing to set up a political office in the Gulf state of Qatar.

Pulling the strings from Pakistan

Other observers think that the Pakistan-based Quetta Shura will come to power after 2014. This would be in line with the theory that Pakistan is pulling the strings as was indicated in a NATO report leaked this week, which stated that the country's Inter-Services Intelligence (ISI) "is thoroughly aware of Taliban activities and the whereabouts of all senior Taliban personnel."

"For Pakistan's army, NATO's endgame is a vital opportunity to restore its overarching influence over the Afghan regime, or rather the next Afghan regime," said Devadas. "Pakistan has never before had the sort of influence over Afghanistan that it had when the Taliban ruled." 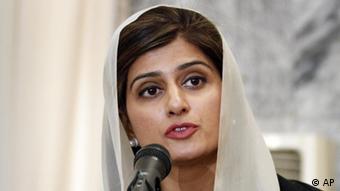 Although Pakistani Foreign Minister Hina Rabbani Khar was quick to reject the allegations outlined in the report on a visit to Kabul on Wednesday, insisting all reconciliation initiatives should be "Afghan-owned, driven and backed," doubt has been cast on her credibility in view of the power struggle going on in Pakistan.

"Being able to install a regime [in Afghanistan] that enables them strategic depth is crucial for Pakistan's army and that makes it more urgent for the army to increase its control over Pakistan's foreign policy," explained Devadas. "Pakistan's army appears at this point to be on a collision course with the prime minister while the president seems to have retired hurt to the benches. There are indications that the referee, the Supreme Court, is backing the army."

Pakistan is of course not the only country vying for influence in Afghanistan. Its arch-rival, India, is also spreading its tentacles and has given $2 billion to the ravaged country in development aid since 2003.

"Indian companies have built 700 kilometers of roads through some of the most volatile parts of southern Afghanistan and a consortium of companies led by the state-owned Steel Authority of India is likely to get the rights to mine the massive iron ore deposits at Hajigak near Bamiyan," said Devadas, adding, however, that it was unclear whether India would stay put if the Taliban did return to power.

What Devadas really fears is an increase of violence in Kashmir, over which India and Pakistan have already fought three wars that he pointed out brought "nothing but massive loss of life and trauma." He sees patterns emerging that recall the 1980s when the insurgency, or freedom struggle, first broke out in Kashmir. 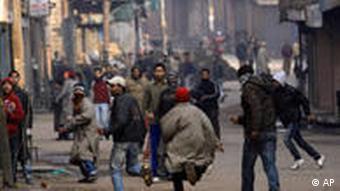 There were four factors then and these are reappearing, he said: "Socio-economic frustrations, alienation of the population by the central and state government on the Indian side of the 'Line of Control', the consciousness of the Muslim world feeling under threat from the West, and Pakistan's army's readiness to turn jihadi sentiment from Afghanistan towards Kashmir."

For Harald Händel, who just returned from Afghanistan where he was spokesman for the European Union Police Mission, Kashmir is unfortunately likely to become "a forgotten conflict."

He said at the Berlin conference that the focus would remain on Afghanistan or would shift to other parts of the world, such as North Africa and the Middle East.

Although he predicted there would be some success stories, such as reduced illiteracy and significant economic growth, his vision of Afghanistan in 2014 was rather bleak: "It will still be a badly managed, poor country. It will still be one of the main producers of opium. I doubt it will be stable."

Pakistan's foreign minister has denied assertions in a leaked NATO report that Islamabad was secretly aiding the Taliban in Afghanistan. She labeled the claims 'old wine in an even older bottle.' (01.02.2012)

Leaked NATO report 'not an analysis' of war in Afghanistan

After British media leaked a classified US military report that stated Pakistan was backing the Taliban in Afghanistan, NATO has said the report does not represent an analysis of the current situation in Afghanistan. (01.02.2012)

The Pakistani Supreme Court has ordered an inquiry into the case of the alleged murder of four prisoners under detention of the military's Inter-Services Intelligence (ISI), throwing a spotlight on the secretive agency. (31.01.2012)