Data collected by the Cassini spacecraft above Saturn's moon Enceladus suggests a similar environment to that which gave rise to life on Earth. The next mission to Jupiter's moon may find a habitable environment.

In a major announcement on Thursday, scientists published research analyzing the ice plumes shooting into space from Saturn's moon Enceladus. The plumes may contain hydrogen from hydrothermal vents. There is reason to believe that such an environment led to the rise of microbial life on Earth four billion years ago.

"We're moving towards Enceladus's ocean being habitable, but we're not making any claims at this point about it being inhabited," said the lead author of the study published Thursday in the Science journal, Hunter Waite. Waite, who works with the Southwest Research Institute in San Antonio, Texas, said in an interview: "The next time we go back... not only picks up on the habitability story, but it starts looking for evidence for life."

The findings define Enceladus as the only place, except for Earth, where scientists have found direct evidence of a possible energy source for life.

"If correct, this observation has fundamental implications for the possibility of life on Enceladus," geochemist Jeffrey Seewald, of the Woods Hole Oceanographic Institution in Massachusetts, wrote in a related commentary in Science. 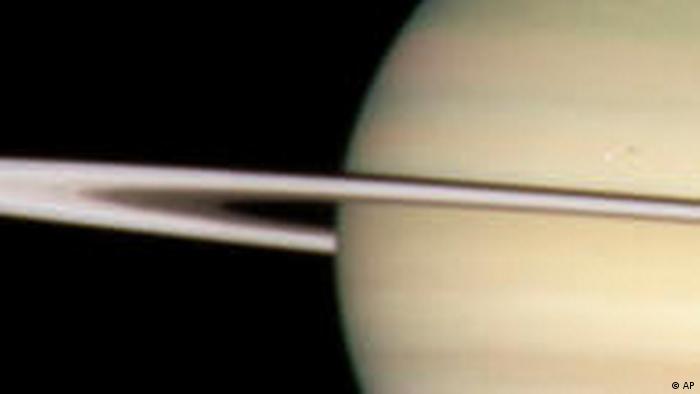 Cassini's last pass through the plumes

Molecular hydrogen was detected by NASA's Cassini spacecraft as it made its last pass through the plumes of the moon Enceladus in October 2015.

It was in 2005 that the NASA spacecraft discovered Enceladus' geysers which shoot hundreds of kilometers into space. Some of the material falls back on to the planet's surface as ice. Much of the rest gathers into a halo of ice dust.

The source of the geysers is now believed to be a huge ocean buried up to thirty or forty kilometers (19 or 25 miles) beneath Saturn's ice shell. Enceladus is the only one of Saturn's moons where scientists have found proof of an energy source for life.

Enceladus has a diameter of 500 kilometers (310 miles.) The heat needed to keep its ocean from freezing is believed to come from tidal forces exerted by Saturn and a neighboring larger moon, Dione.

The view to Jupiter's Europa moon 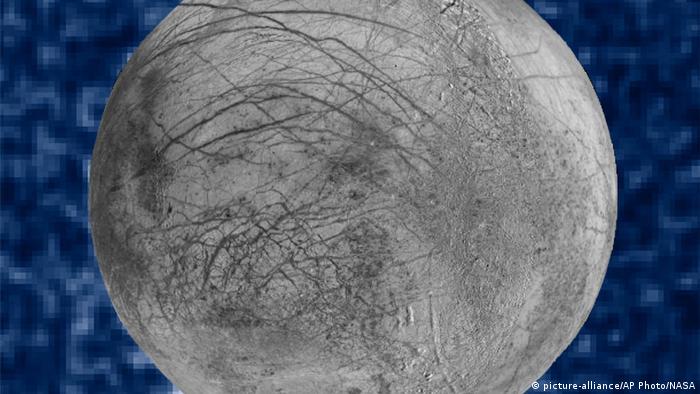 NASA's space Hubble telescope has observed "probable" plumes erupting from Jupiter's moon Europa. They too indicate a form of chemical energy which could support life.

The observations were made last year at the same location that the Hubble telescope saw evidence of a plume in 2014.

Thomas Zurbuchen, associate administrator for NASA's Science Mission Directorate said "This is the closest we've come, so far, to identifying a place with some of the ingredients needed for a habitable environment."

Europa is one of Jupiter's moons and has an icy crust over a salty liquid water ocean which has double the quantity of water in Earth's seas.

"These results demonstrate the interconnected nature of NASA's science missions that are getting us closer to answering whether we are indeed alone or not," Zurbuchen said.

A new mission will launch in the 2020s and arrive at Europa after a few years. The "Europa Clipper" will take an ice-penetrating radar instrument to look through the icy crust on Europa and other instruments to take high-resolution images of the surface and to measure the moon's magnetic field, temperature, atmospheric particles and the depth and salinity of the ocean.

The Cassini space probe is set to analyze the best-ever ice samples from an extraterrestrial ocean. The waters beneath the icy surface of Enceladus, one of Saturn's moons, could potentially harbor life. (28.10.2015)

The joint US-European Cassini space probe has made its 5th flyby of Saturn's moon Dione, capturing some awesome pictures. "We had just enough time to snap a few images," said Tilmann Denk at Freie University in Berlin. (22.08.2015)

Planet AB Aurigae b is still in its "birthing" stages. But astronomists say it is already nine times the mass of Jupiter and it's forming in a unusual way.