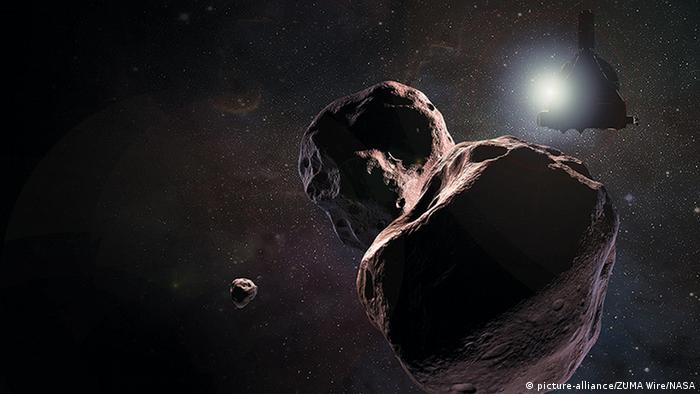 A NASA spacecraft has buzzed by an icy space rock in the distant reaches of the solar system on Tuesday on a mission aimed at gathering clues about how planets were formed.

The New Horizons probe, which studied Pluto in 2015, flew within 2,200 miles (3,540 kilometers) of Ultima Thule at 32,000 miles per hour, making it the most distant and possibly oldest space object ever visited by a spacecraft.

NASA confirmed in a tweet on Tuesday that the spacecraft had survived the flyby.

An early image of the rock was tweeted by the Johns Hopkins University Applied Physics Laboratory, as data trickled in.

Scientists hope the 20-mile-long rock located more than four billion miles from Earth in the uncharted Kuiper Belt, a disc of small bodies left over from the formation of the solar system, will provide information of how planets took shape.

"The object is in such a deep freeze that it is perfectly preserved from its original formation," said lead scientist Alan Stern. "Everything we are going to learn about Ultima – from its composition to its geology to how it was originally assembled, whether it has satellites and an atmosphere and those kinds of things – are going to teach us about the original formation conditions of objects in the solar system."

The spacecraft was set to take 900 pictures of the Ultima Thule within a few seconds during its flypast at 12:33 a.m. Eastern Standard Time (0533 UTC). Confirmation that it had survived intact was only received by NASA some 10 hours later.

Blurred and pixelated images released Monday from 1.2 million miles away appeared to show a peanut-shaped blob, not a round space rock.  Clearer images are expected to arrive in the next few days. 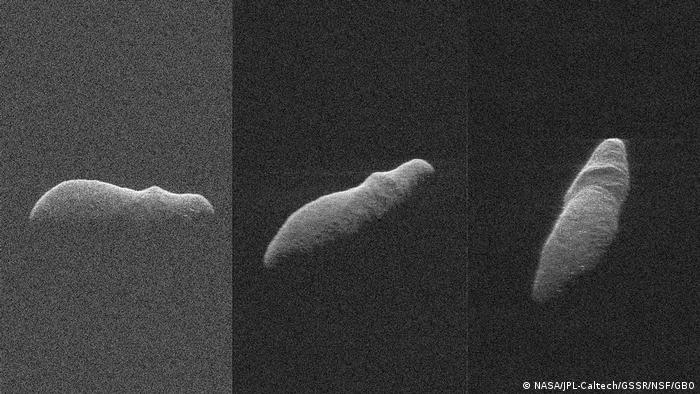 Pictures taken from 1.2 million miles away show a peanut shape, rather than a round rock

Scientists did not yet know about Ultima Thule when the New Horizons probe was launched in 2006 on a mission to study Pluto and its five moons.  The space rock located 1 billion miles beyond Pluto was first discovered in 2014 with the help of the Hubble Space Telescope.

Scientists didn't even know about the distant Kuiper Belt until the 1990s.

"This is the frontier of planetary science," said project scientist Hal Weaver of the Johns Hopkins Applied Physics Laboratory. "We finally have reached the outskirts of the solar system, these things that have been there since the beginning and have hardly changed – we think. We will find out."

Another spacecraft, the OSIRIS-REx, broke another record on Monday when it entered the orbit of the asteroid Bennu some 70 million miles from Earth. At only 500 meters in diameter, it is the smallest space object ever to be orbited by a spacecraft.

OSIRIS-Rex arrived at Bennu in early December. It is expected to take samples from the asteroid in 2020 and return to Earth in 2023.

Voyager 2 has left behind the solar winds encompassing our sun and will now give us a glimpse into "truly uncharted territory." The NASA space probe is the second human-made object in history to pass this milestone. (10.12.2018)