Narrowing the gap between the world′s richest and poorest | News and current affairs from Germany and around the world | DW | 25.03.2011

Narrowing the gap between the world's richest and poorest 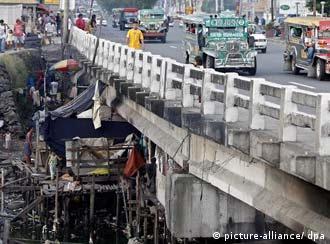 The gap between rich and poor has widened during the past decades, internationally as well as within most countries. The reasons for this are often described in terms of deficiencies on the side of the poor: Too little participation in world trade, lack of education and technology, bad governance and the like – and subsequently insufficient economic resources like those reflected in economic stands (GNP, GDP etc.).

This interpretation, however, fails to recognize that these deficiencies are symptoms of rather than causes for poverty. Looking at the actual flow of resources, finance and knowledge in the world, we can detect a steady stream from poor regions and sectors of the world to the rich. The world trade and finance systems are currently constructed in a way that makes the rich richer and the poor poorer.

Thus, accumulation of wealth for some proves to be a key cause of poverty for others. Within a limited earth system, reducing poverty is only feasible when it is linked to measures to reduce affluence. Combating poverty cannot be understood as a catch-up race, leaving the rules of the game unchanged. Rather, it is about the search for new rules and the implementation of a more equitable distribution of resources. Such redistribution, however, requires a deep change of patterns of production and consumption, particularly on the side of global over-consumers.

Such orientation is not just about the implementation of human rights as they are defined in the given UN frameworks (and others). Going far beyond, we have to thoroughly discuss the definition of human rights in the light of a new productive order on a global scale. If rights to obtain food, health and housing are taken seriously, current patterns of resource depletion and financial exploitation cannot be maintained.