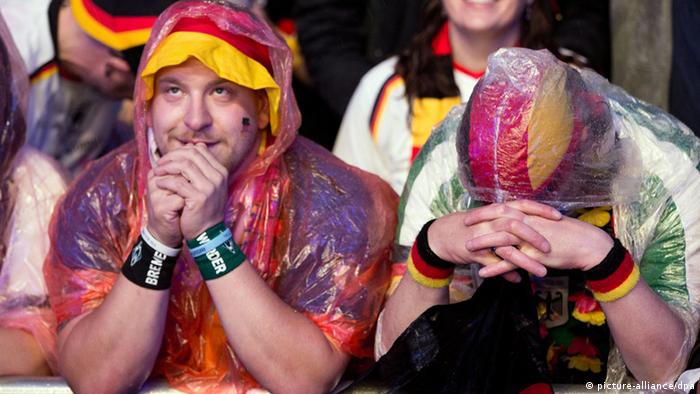 If you've been watching German TV or reading the German news recently you've probably seen one word popping up more than usual: nörgeln. The German national soccer team is in the midst of the World Cup tournament and its fans are eager to dissect the squad's performance. That's why nörgeln is the word of the moment.

Nörgeln is a German verb meaning whining, complaining, nagging and making your discontent heard. And that's exactly what German soccer fans have been doing for the last couple of days. Especially after the World Cup game against Algeria, which caused many German fans to nörgeln by angrily listing all of the deficiencies in the German game - from a wretched defense to a disoriented midfield and an inefficient offense.

And the fans aren't the only ones complaining. German national player Per Mertesacker wasn't too happy when a ZDF reporter started nörgeln after the game, asking him about the reasons for Germany's bad performance. And even some of Germany's former soccer stars, such as Oliver Kahn and Lothar Matthäus, have engaged in quite some nörgeln over the last few days.

But whether you agree with all of the complaining or not, it's time for you to learn this week's world, before your German friends start nörgeln about your lack of German vocabulary.