Over two weeks into the disappearance of flight MH370, new satellite data has revealed the jet crashed in the Indian Ocean. Still, expert Chris Yates tells DW that we may never fully find out what happened on the plane. 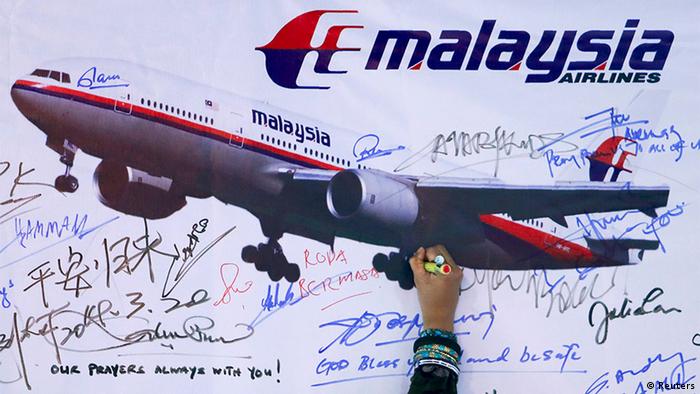 Investigators have come one step closer to determining the fate of Malaysia Airlines flight 370. On March 24, Malaysian Prime Minister Najib Razak said new analysis of satellite data suggested that, after being diverted from its scheduled path to Beijing on March 8, the Boeing 777 flew along the southern air corridor and plunged into the Indian Ocean far off Western Australia.

The premier left little doubt that all 239 people aboard had perished in the crash, unleashing a storm of sorrow and anger from the family members of those aboard. Aircraft and ships from several countries have been scouring the remote area in the Indian Ocean since March 16, but investigators have yet to find any confirmed signs of the passenger jet.

In a DW interview, independent aviation expert Chris Yates explains that even if search teams are able to find the aircraft's black boxes, they might not be able to fully reconstruct what happened to the plane.

DW: How important is the recent Malaysian PM's announcement in terms of determining what happened to the plane?

Chris Yates: This represents a major breakthrough in so much as it gives investigators an approximate location to look for wreckage, but they are still a long way from determining what happened to the plane. The search area is now limited to the southern portion of the corridor and has been reduced to 469,000 square miles. Satellite sweeps over the area of interest reveal potential debris at sea.

How scientists found that MH370 crashed into the ocean

Search teams have stepped up efforts to find Flight MH370, as the hunt for the missing plane enters its third week. But with no confirmed traces, expert Heinrich Großbongardt tells DW that time may be running out. (22.03.2014)

More than a week after Flight MH370 vanished in midair, China has become increasingly critical of what it considers to be the mishandling of information and the slow pace of the investigation by Malaysian authorities. (18.03.2014)

Flight MH370 may have been victim of foul play

As the search for a missing Malaysian Airlines plane enters its second week, mounting evidence suggests that the passenger jet may have been hijacked. The hunt for flight MH370 has turned into a criminal investigation. (17.03.2014)

Four days went by before Malaysian officials acted on first satellite data showing that Flight MH370 had been diverted from its scheduled path. Now, more than two weeks into the investigation, new information is revealed. Why did it take so long for the data to be examined and released?

Malaysian officials may have been slow to grasp the importance of the satellite data initially, but it is not entirely their fault given the satellite images first had to be analyzed in detail by specialist technology and personnel.

Why has no debris been found despite the massive international search?

Some glimpses of debris have proven difficult to stack up since surface vessels have taken time to arrive on scene and have now been forced to retreat due appalling weather conditions in the search area.

Given the latest development, what is your take as to what might have happened to the plane?

Many questions remain, but it seems to me the aircraft was either hijacked by either a suicidal pilot or others. Several of the very few facts in this case lead to this view. For instance, it is known that someone deliberately disabled the plane's ACARS transmissions and turned off the transponder just after hand off to Vietnamese air traffic control.

The airliner was then turned around, flown back over Malaysia and then on a north westerly track, before heading west and then south. Such action had to be taken by someone actually at the controls of the aircraft.

How will the Malaysian PM's announcement impact the ongoing search and rescue efforts?

The operation has now turned into a search and recovery mission, with the emphasis firstly on recovering any debris that may remain on the surface. Once the debris is verified to have come from MH370, it will be possible through data analysis to approximate an actual crash site, which could be several hundred kilometers from where the debris is. 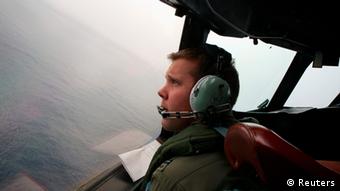 It's therefore vital to identify the impact since this will likely be the location of the main body of wreckage and offer the best chance of locating the black boxes.

Would finding the black boxes shed more light into what happened to the plane?

It remains possible the black boxes will yield up valuable information on what happened aboard the airliner, but it is by no means certain. The voice recorder in particular only records for two hours before starting over again. This means that the mystery of whatever happened at the beginning of the flight may never be fully unraveled.

Chris Yates is an independent aviation safety consultant based in the United Kingdom.