Aung San Suu Kyi's National League for Democracy (NLD) party has won a majority in Myanmar's parliament, official results have said. The party will now be able to choose the country's next president. 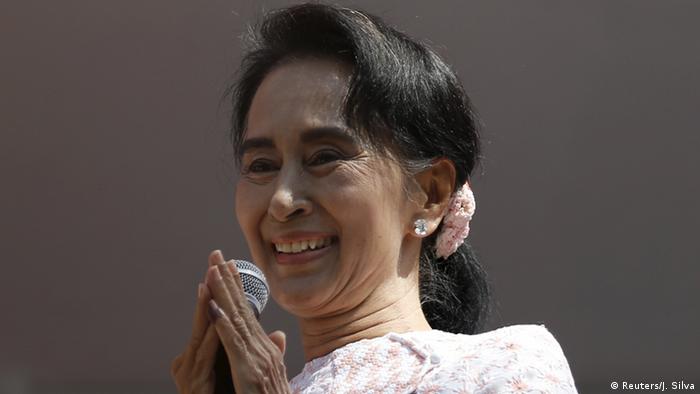 The Union Election Commission said on Friday that the NLD had won at least two more seats across both houses of Myanmar's parliament, pushing the party over the majority threshold of 329 in the 664-member house.

The poll from Sunday's vote is still being counted and final results are not expected for several days. Incoming results confirmed the landslide victory, however.

Due to a controversial law, which critics say was meant to prevent Suu Kyi from heading the country, the president cannot have a foreign-born spouse or children.

Suu Kyi has two sons from her now-deceased British husband. Despite the ban she has said she would rule "above the president" as the head of the party. The 70-year-old was placed under house arrest for more than 15 years between 1990 and 2010.

Myanmar has been under military control for half a century. Sunday's vote has been hailed as a vital step in the country's transition to democracy, with the US describing the election as a "a victory" for the Myanmar people, but analysts predict difficult months lie ahead. 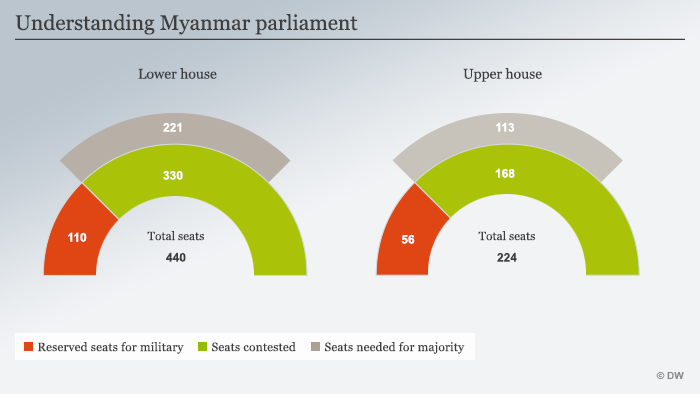 The armed forces have continued to hold sway in many of the country's political institutions since handing over power to President Thein Sein's quasi civilian government in 2011. Under the junta-crafted constitution, at least a quarter of the seats in both chambers of parliament must go to the military.