Muslim Kindergarten Opens Amid Controversy | Germany | News and in-depth reporting from Berlin and beyond | DW | 14.06.2008

Earlier this year, the opening of a kindergarten in an immigrant district of Berlin was blocked on account of the founder’s alleged ties to a radical Muslim group. Once he was replaced, the center got the green light. 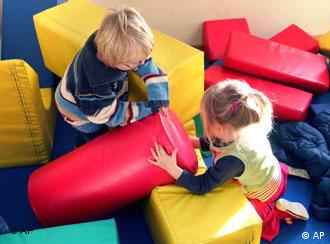 The new kindergarten has to stick to the rules

In February, an application for a Muslim kindergarten landed on the desk of the education authority in the central Berlin district of Wedding, where almost 35 percent of the population has an immigrant background.

Permission was refused on the grounds that Sinan W., the head of the "Morgenland" (Orient) association behind the project, was believed to have ties to the radical Muslim group Hizb-ut-Tahrir, banned in Germany since 2003. In 2004 he allegedly published texts on the Internet containing incitement to hatred.

Although Sinan W. admitted links, he was also reported to have distanced himself from the group, saying that after studying Islamic sources, he "realized that it tried to draw young people under its spell with emotional subjects and then exploited them for sinister ends." 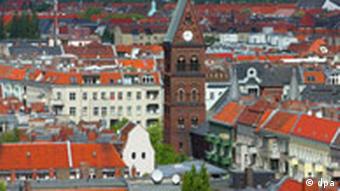 Wedding is home to a high percentage of immigrants

On April 6, the Morgenland association elected another chairman, Michael W., a relative of Sinan W., and resubmitted its application. This time, it was given the go-ahead.

"There was no reason to deny permission," said Bernhard Kempf.from the education authority. "All the formal criteria were met, including in terms of educational concept."

This included the promotion of inter-religious dialogue, gender equality, and the learning of German.

The kindergarten subsequently opened in May with 45 children in its care, including Turks, Bosnians, Arabs and Lithuanians.

However, the authorities have laid down certain conditions.

Any staff changes must be registered with the authorities, while the youth welfare office is allowed to inspect the kindergarten whenever it wishes without giving notice.

"We will be doing this," said city councillor Rainer Maria Fritsch in the daily Tagesspiegel. "If parents or staff report unusual activity at odds with the constitution, we can withdraw permission at any time."

"They can come whenever they like," said Sinan W.'s wife in the same newspaper, adding that the kindergarten had been her idea.

"We have nothing to hide," she went on. "I used to work at another kindergarten in the same district, and Muslim mothers would often ask why there was no Muslim childcare facility in the neighborhood. They want their children to grow up with traditions, such as observing Ramadan."

Now they can. The new kindergarten observes Muslim holidays and only serves halal food. Otherwise, little sets it apart from other kindergartens in the capital.

Some have expressed skepticism

Others have their doubts, and believe that Sinan W.'s resignation as chairman of Morgenland was merely tactical.

"The abrupt change to the leadership of Morgenland was a transparent maneuver geared to securing permission," said Christian Democrat spokesperson Frank Henkel in Welt Online, adding that Sinan W. most probably still pulls the strings. 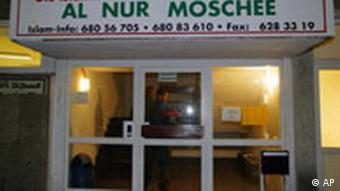 Meanwhile, local radio station Info-Radio reported that the kindergarten staff were recruited via an advert posted on the website of the Al-Nur mosque in the south of Berlin, widely believed to be a meeting place for radicals. Further adverts appeared on Muslim Web sites, which, according to the Federal Office for the Protection of the Constitution, "directly and indirectly spread anti-Zionist and anti-Israeli propaganda."

"We will be making sure that democratic standards are maintained," insisted Berhard Kempf. "If we allow them a place within our education system we can keep an eye on them. It's preferable to having extremists working undercover."

Muslim missionaries found in Western cities are often part of the messianic Ahmidiyya movement. The peaceful beliefs of Ahmadis, who can be found in small numbers in Germany, are seen as heretical by most Muslims. (26.05.2008)

Shoplifting and extortion used to be commonplace in part of the western German city of Essen. But a partnership between local imams and the police has improved the situation. (02.12.2007)

The German city of Ulm is thought to be a hotbed for homegrown Islamist radicals. Three men arrested Wednesday in a terrorist plot were connected through the city's Islamic Information Center, authorities said. (06.09.2007)