The trial of Muslim Brotherhood chief Mohammed Badie and other Islamists has begun. The case is seen as part of a major clampdown on the group following President Mohammed Morsi's ouster. 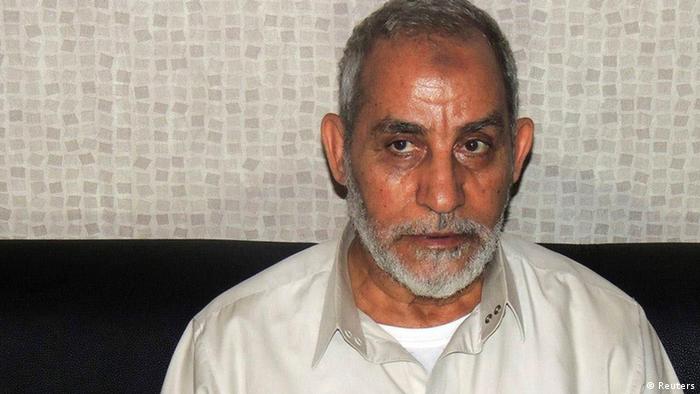 The high-profile trial of the Muslim Brotherhood's supreme guide, Mohammed Badie, began in the Egyptian capital on Monday. He faces charges of inciting violence in July clashes which left at least five people dead and a further 100 people injured in the western Cairo district of Giza.

At least 13 Islamists, among them other senior Brotherhood officials, are also to stand trial on the same charges on Monday, according to the news agency DPA.

Egypt's Muslim Brotherhood is facing a wave of trials. Although courts have dismissed charges against many protesters, the country fears yet more violence when the main trials against the Islamists begin on Monday. (09.12.2013)

Monday's proceedings mark Badie's first public appearance since his arrest in the Cairo district of Nasr in August.

Badie, along with 32 Brotherhood members also face charges in a separate case related to the June 30 shooting deaths of nine protesters outside of the Muslim Brotherhood's Cairo headquarters. However, in late October three judges overseeing the trial stepped down, citing feelings of "uneasiness" without providing further details. None of the defendants were able to attend the proceedings for security reasons.

The removal of President Mohammed Morsi on July 3 prompted nationwide violence. In the months that followed, over 1,000 people were killed in clashes. Egyptian authorities have arrested several thousand people linked to his largest political backer, the Muslim Brotherhood.