Music for your soul: Carl Nielsen

Your ticket to the German classical music festival scene: Concert Hour has the picks of the season — two hours of music updated regularly. Along with host Rick Fulker, the musicians themselves are on hand to give their insights into the events and the music.

In these two episodes of Concert Hour, we take a tour through the works of 19th-century Danish composer Carl Nielsen.

"These songs go straight to the heart," says Nielsen expert Bo Holten, "and they're in the bloodstream of every Danish person - over forty. That's how it is now unfortunately, but we're hoping for a revival and for the interest of younger people."

Danish fiddler Harald Haugaard sees Nielsen as a very open-minded person. "He went through life with an open heart and open mind and found inspiration everywhere," said Haugard: "in other music, literature, art, people, encounters. It was through music that he spoke."

In a letter to his wife in 1905, Nielsen wrote, "Sometimes I have the feeling that I am not myself, Carl August Nielsen, but a conduit through which the stream of music flows, a stream that that transforms strong, mild forces into specific waves of emotion. It is a great fortune to be a musician."

For the performances, seven Danish ensembles and a German quintet were invited to the barn at a country estate in Pronstorf, northwest of Lübeck. It's a multi-purpose venue with hotel, but for the festival, the barn was reequipped as a recording studio.

Also included in these two Concert Hours music are some of Nielsen's piano works: piano pieces inspired by folk music, and a setting for two pianos of his Symphony No. 3. 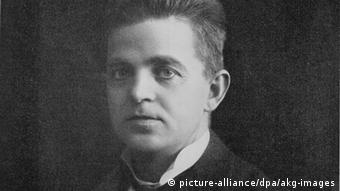 A portrait of the Danish composer Carl Nielsen

Recorded by North German Radio Hamburg (NDR) in the Barn of the Pronstorf Country Estate on July 15 and 16, 2020

After Germany lost World War I and after a referendum in 1920, the present German-Danish border was drawn. Before then, Danes and Germans had lived together in the border regions of Schleswig and Holstein. Marking that milestone a century ago, the Schleswig-Holstein music festival focused on Denmark this most recent time.

Carl Nielsen may have been called the Danish national composer, but he didn't particularly like the term, said Danish violinist and Nielsen expert Harald Haugaard: "To him, music stood above nationalism. Nor did it have anything to do with his individual, personal feelings. He felt that music was clarity. It was existential."

It was those principles that led Carl Nielsen to write songs. Bo Holten, conductor of the Danish choral ensemble Musica Ficta, explained: "Carl Nielsen was already fifty when he began writing songs like these. Before that, he'd mainly composed symphonies and operas. But his friend Thomas Laub said: 'Maybe we can just write some simpler songs, That would be wonderful.' And Nielsen said, 'Yes, let's do that.' In one month he wrote twenty-two songs. That was in early 1915, during World War I. It was an explosion of activity in a new style."

Recorded by North German Radio Hamburg (NDR) in the Barn of the Pronstorf Country Estate on July 15 and 16, 2020