On September 13, DW journalist Luciano da Conceição was assaulted in Inhambane and left unconscious on a beach. DW, the National Union of Journalists and MISA are demanding accountability. Luciano da Conceição was assaulted by strangers outside his home and taken to a beach area in the town of Maxixe, where he remained until the next day. According to the victim, the perpetrators seized parts of his work equipment.

"Before I opened the door of the house I was surprised by two unfamiliar individuals with masks and a knife, who told me not to make any noise. They put a cloth in my mouth and beat me until I was unconscious," the journalist told DW.

The National Union of Journalists (SNJ) in Inhambane issued a statement saying that "it received with concern the information that the DW journalist suffered bodily harm on Sunday night." The union said that "the case was made known to the police authorities in the town of Maxixe." The SNJ demanded that the perpetrators be found and held responsible.

In another statement, MISA Mozambique - the Institute for Social Communication in Southern Africa - reported that there is an environment of impunity in the country and "expresses its deep concern about the growing wave of persecution and aggression against journalists."

MISA stated that there had been another case of intimidation of journalists on the same day when Leonardo Gimo, a journalist from TV Sucesso, was attacked by three unknown individuals and his camera taken in the middle of a public road at 9 pm.

Leonardo Gimo recovered his equipment the next day at the local police station in Inhambane, where he was again advised to erase images that would compromise men from FRELIMO, the ruling party. 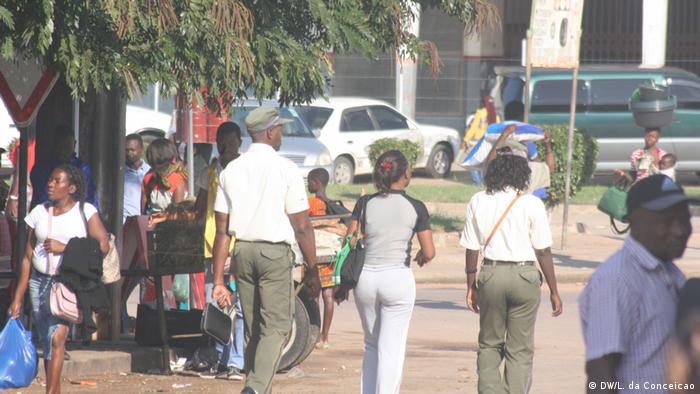 "Upon recovering his camera, Leonardo Gimo realized that images in which individuals - supposedly members of FRELIMO - who had infiltrated a RENAMO event held on the same night  appeared had been erased." Leonardo Gimo had been covering the event.

"These recent cases have come at a time when the disappearance of Ibraimo Mbaruco, a radio presenter at Rádio Comunitária de Palma in Cabo Delgado province, who was kidnapped on April, 7 has not yet been fully explained. Before his disappearance, Ibraimo Mbaruco sent a message to one of his colleagues, stating that he was surrounded by military personnel," reports MISA.

MISA Mozambique appeals to the national authorities "to engage convincingly in the investigation of these cases that represent a real threat to the fundamental principles of freedom of expression and of the press enshrined in the Constitution of the Republic of Mozambique, taking into account that the enjoyment of these freedoms constitutes the main foundation for the materialization of another fundamental right: access to information by the people."

Every month, the One Free Press Coalition draws attention to unresolved cases of crimes against journalists. This month, the list includes the cases of Prageeth Eknelygoda, Azory Gwanda and Daysi Lizeth Mina Huamán.