Most millionaires now in Asia: report | Business | Economy and finance news from a German perspective | DW | 23.06.2016

Most millionaires now in Asia: report

While poverty is on the rise in many regions of the world, there's massive wealth at the other end of the scale, a fresh report by the consultancy Capgemini has shown. The number of millionaires is growing steadily. 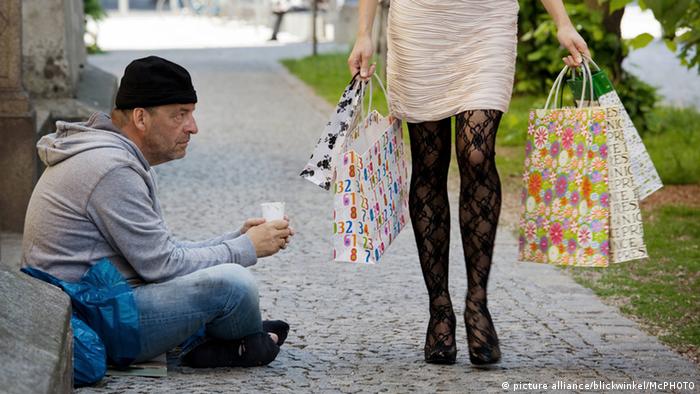 There are 5.1 million people in the Asia-Pacific region who own more than a million US dollars each, Capgemini's World Wealth Report 2016 showed Thursday. This marked a 9.4-percent rise in the number of millionaires in Asia, making it the continent with the most super-rich people globally and toppling North America from first position.

According to the consultancy's survey, North America was home to 4.8 million millionaires in 2015, owning a total of $16.6 trillion.

The rich are also getting richer in Europe, where 4.2 million people own more than $1 million. In Germany alone, there were 1.2 million millionaires in 2015, marking a rise of 5.1 percent year-on-year.

"One of the main drivers of wealth in Germany was the surge in property prices," Capgemini expert Klaus-Georg Meyer told the DPA news agency.

What makes the wealth figures even more impressive is the fact that property used by the millionaires themselves is not part of the calculations at all.

Increased investment in real estate has been a result of the European Central Bank's protracted low-interest monetary policy, which has made it harder for people to find other investments with decent yields and low risks involved.