A Sarajevo court has sentenced a former commander of a Serb paramilitary group to 45 years in jail for a series of crimes committed during the Bosnian War. It was the longest-ever sentence handed down by the court. 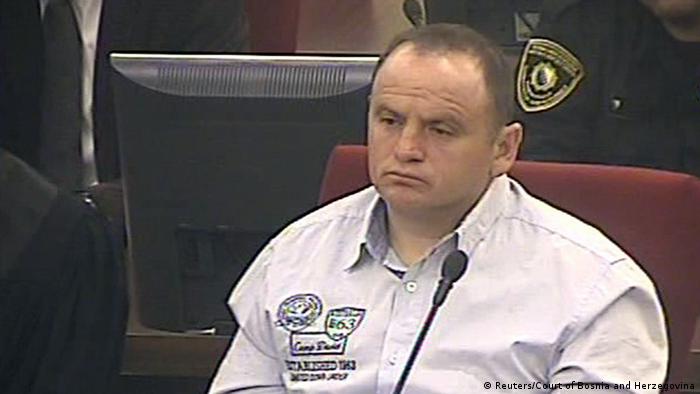 Presiding judge Zoran Bozic told the court on Friday that 43-year-old Veselin Vlahovic had been found guilty of "horrid, cruel and manifold criminal acts" committed between May and July of 1992 in the Serb-controlled Sarajevo districts of Grbavica and Vraca.

"During systematic repression against the non-Serb population he participated in expulsion of his victims, he committed murders, he tortured, raped and imprisoned his victims," Bozic said.

Among the crimes the court convicted Vlahovic of were the murders of 31 people, the rapes of at least 13 women, as well as the torture and robbery of dozens of civilians.

Vlahovic, who became know by his victims as the "monster of Grbavia", had pleaded not guilty when the trial started in April 2011.

The prosecutor in the case called for the maximum sentence of 45 years for the native of Montenegro, which was still joined with Serbia as part of the former Yugoslavia at the time the crimes were committed.

"Such a sentence would be the most just, but even that one will still be insufficient to heal the suffering of the victims," Behaija Krnjic said.

Rebuilding the rule of law

When violent conflicts have suspended the rule of law, foreign experts can help to rebuild the judicial system. But they can only be successful if they treat local partners as equals. (27.10.2012)

While Vlahovic, showed no reaction when the verdict was announced, it drew applause from members of victims' associations who were present in the courtroom.

This is not the first time Vlahovic has been convicted of a crime. Following the Bosnian War he was convicted of armed robbery in Montenegro.

He was extradited to Bosnia from Spain after being arrested in connection with a number of burglaries there in 2010.

This was the longest sentence handed down by the Sarajevo war court since it was set up in 2005 to ease the workload of the International Criminal Tribunal for the former Yugoslavia in The Hague. The previous longest sentence was 43 years, handed to Bosnian Serb Sanko Kojic for his role in the 1995 massacre of around 8,000 boys in the eastern town of Srebrenica.