US biotech giant Monsanto is suing Germany over its decision to ban genetically modified corn, saying it is arbitrary and goes against EU regulations. 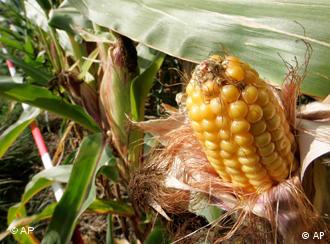 Monsanto has taken action against the German ban

On Wednesday, Monsanto confirmed a report in the Handelsblatt newspaper that it had filed a suit in a court in the northern German city of Braunschweig, aiming to overturn the ban on GM corn.

Monsanto is hoping for a decision by mid May, which would allow it to plant GM seed this spring, according to Handelsblatt. 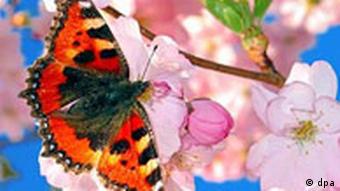 Some butterflies are thought to be harmed by the GM corn

She cited studies which, she said, show the corn is dangerous for the environment, specifically Monarch butterflies and other insects. The seeds contain a gene, which protects the corn against a pest, the European corn borer butterfly.

The MON 810 strain is the only genetically modified crop approved in the European Union and was approved for commercial use in the EU in 1998. The European Food Safety Authority has said the strain of corn was safe, despite widespread doubts.

Aigner has the support of environmental federations and politicians across party lines.

Monsanto's seed was due to be planted on 3,600 hectares (9,000 acres) of German farm land this year, predominantly in the east of the country.

German Agriculture Minister Ilse Aigner has come out strongly against a European patent application for a test to check pigs for a gene that makes them produce more meat. (18.04.2009)

Germans are divided on the government's decision to ban genetically modified corn over environmental concerns. If nature was a business what would it say? (15.04.2009)