Billionaire Monaco heiress Helene Pastor was murdered in broad daylight in 2014 just outside a hospital in Nice. Her son-in-law Wojciech Janowski had confessed to orchestrating the hit but later retracted his statement. 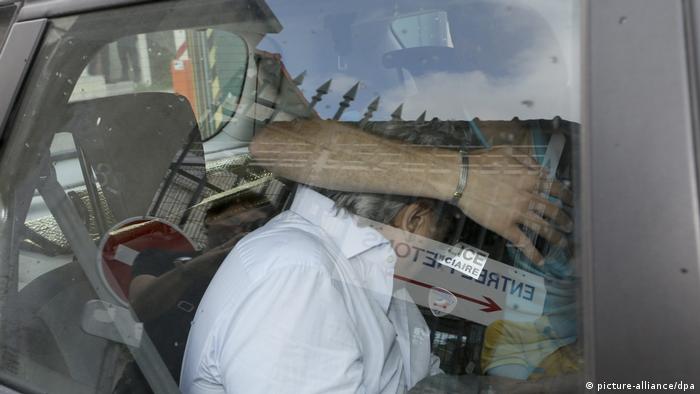 The trial into one of France's most sensational crimes in decades began in the southern city of Aix-en-Provence on Monday, where the son-in-law of a murdered Monaco property heiress stands accused of orchestrating her killing.

Billionaire Helene Pastor was gunned down along with her chauffeur as she left a hospital in Nice on May 6, 2014, in what prosecutors have said bears all the hallmarks of a mafia-style contract killing.

Pastor, a close friend of the Monaco royal family, fell into a coma but awoke shortly to tell investigators: "I'm afraid, I want to see you again because I have more to tell." However, before she could she died of her injuries on May 21. The chauffeur died a few days after the shooting. 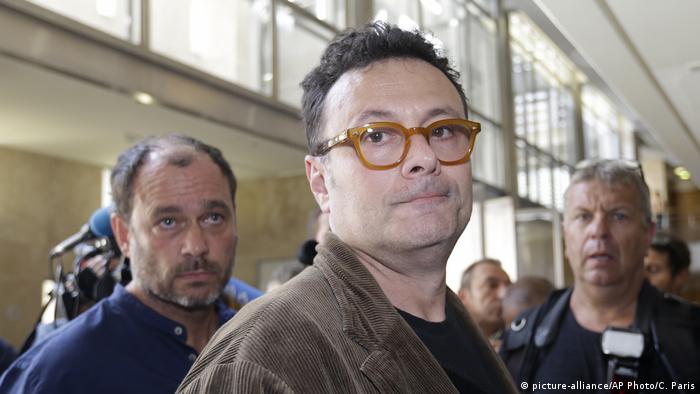 Helene Pastor's son Gildo arrives in court to witness the first day of the trial into his mother's death. One of the suspects alleges that Janowski had also wanted him killed.

Authorities quickly identified two suspects, which led them to believe that Pastor's Polish son-in-law, Wojciech Janowski, had put out a contract for her killing.

Janowski, who was Poland's honorary consul to Monaco at the time, initially admitted to authorities that he had ordered the killing to get his hands on the heiress' €12 billion ($14 billion) fortune. However, he later retracted his confession, claiming he misunderstood the investigator's questioning and that he was protecting his wife from being detained.

Thomas Giaccardi, a lawyer for Pastor's son, Gildo Pallanca-Pastor, said Janowski's remarks were ridiculous since he could speak and understand French perfectly.

Also on trial Monday was Janowski's fitness coach, who stands accused of organizing the shooting, as well as the suspected shooter Samine Said Ahmed and his accomplice Al Hair Hamadi.

According to the prosecution, Ahmed and Hamadi left behind a series of clues. Video surveillance caught the pair buying mobile phones and boarding a train from Marseille, their hometown, to Nice. Forensics experts also found traces of their DNA on a bottle that had been left in their hotel room.

The two men, who originally hail from the Comoros islands, were also seen waiting outside the hospital in Nice after arriving by taxi. 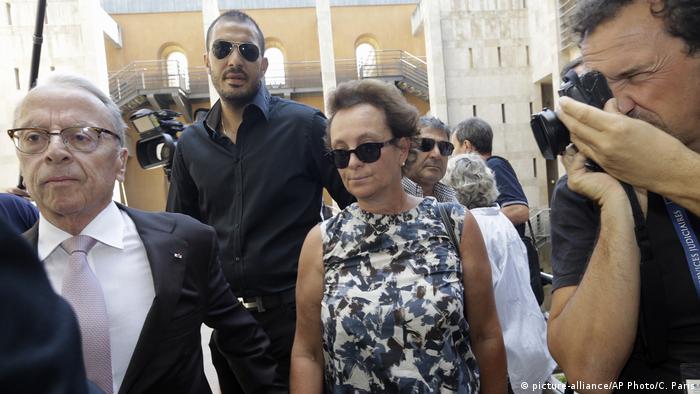 Sylvia Janowski, Pastor's daughter, arrives in court where her husband stands accused of orchestrating the murder of her mother

"It's the first time we've seen killers use a taxi to reach the scene of a crime — they did everything you're not supposed to do," a source close the inquiry told the AFP news agency.

Meanwhile Janowski's personal trainer Pascal Dauriac told authorities he was misled into organizing the hit. "Janowski tricked me ... He said his mother-in-law was a monster," Dauriac said, before also claiming the son-in-law had even wanted to have Pastor's son killed as well.

Pastor had inherited a real estate construction business from her grandfather Jean-Baptiste Pastor, an Italian stonemason who moved to Monaco in 1880.

Businessman Janowski has been married to Pastor's daughter Sylvia for 28 years. He was stripped of his honorary counsel title after he was charged with the murder.

A graduate of the University of Cambridge, Janowski headed a nanotechnology firm and an oil business. However, prosecutors allege that his business ventures were not as successful as he often claimed. He had hoped Pastor's inheritance money would help him recover some of his debts, despite already receiving part of the €500,000 Pastor gave her daughter each month.

US limits chokeholds and no-knock entries for federal agents 14.09.2021

The US Justice Department has tightened federal policing rules following a massive public outcry over the deaths of Breonna Taylor and George Floyd. The department said it wanted to build "trust and confidence."