Minnesota governor orders limits on use of bee-killing pesticides

Governor Mark Dayton has called for limitations on the use of chemicals suspected of killing bees. The declining bee population has sparked concerns of a downturn in the state's agricultural sector. 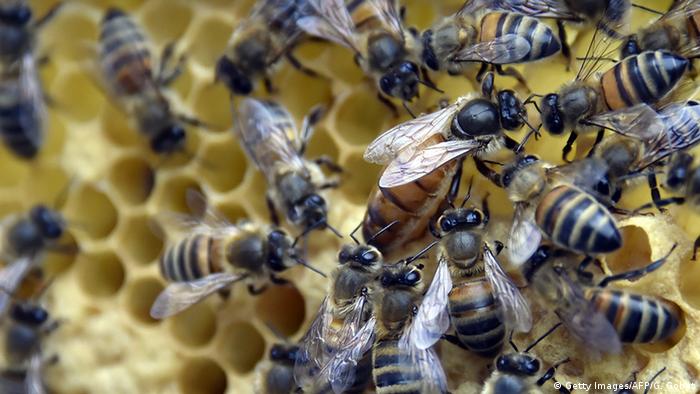 Governor Dayton issued the executive order on Friday, amid growing concerns that the declining bee population will have a negative economic impact on the state of Minnesota.

Honey bees have been in decline in the US for decades, and because they pollinate crops vital to local economies, this development is seen as a major economic threat. All in all, the bees pollinate crops that produce about a quarter of all the food Americans eat.

One factor that has been blamed for the declining bee population is the class of insecticides called neonicotinoids, or "neonics." The EU has already placed restrictions on the use of these chemicals.

In an effort to limit the use of these allegedly bee-killing pesticides, Dayton said farmers who wanted to use neonics in the future would have to prove "an imminent threat of significant crop loss" first. He didn't say how exactly they would go about doing that, however.

"We want to work cooperatively with user groups," Dayton told reporters. "We're not trying to ban anybody's practices or businesses, but there's a lot more we can do, all of us, more sensibly, with better awareness, to protect the pollinators."

Agriculture experts say the decision will make Minnesota farmers more dependent on a smaller number of chemicals, which could lead to insects developing a resistance to them.

On the other hand, activists praised the decision. "Minnesota just became the national leader in protecting pollinators," said Lex Horan of the Pesticide Action Network, according to Reuters news agency.

New research has found that a controversial class of neurotoxins used in agriculture for pest control significantly impairs the fertility of male honeybees. Bee numbers in Europe and the US have been falling for years. (27.07.2016)