Michael Jackson to Move to Berlin

Not only is Michael Jackson expected at his father's birthday bash in Berlin this weekend, the pop star is also rumored to be starting a new life in the German capital, complete with a copy of his Neverland ranch. 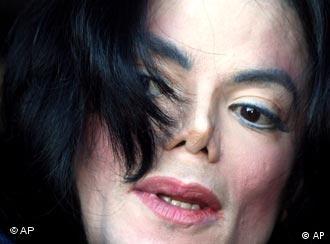 German paparazzi are probably already rubbing their hands in glee. According to a report in Thursday's Berliner Morgenpost, Michael Jackson is determined to leave the United States to start afresh in his city of choice -- Berlin.

"Michael is a fan of Germany, and has fallen in love with the city of Berlin. The Jackson family also really likes the city of Potsdam," Jackson advisor Shawn Andrews told the newspaper from Las Vegas.

Andrews said Jackson was touched by the warm-hearted support he got from his German fans during his trial on child sex abuse charges. Jackson was acquitted of the charges in June. 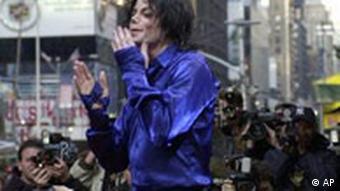 Despite the acquittal, Jackson reportedly wants to sell his Neverland ranch in California. It's "possible" though, according to Andrews, that Jackson would build a copy of Neverland in the outskirts of Berlin.

These latest reports make it all the more likely that the singer will show up at the Estrel Hotel in Berlin this weekend to wish his father, Joe Jackson, a happy 76th birthday.

The patriarch has booked 100 rooms and suites for Friday night's gala, and over 1,000 guests have been invited to boogie down alongside the famous family members, including siblings Jermaine, Janet and LaToya, the Morgenpost reported.

The End of Jacko's Thriller

Reactions in Europe to Michael Jackson's acquittal in a child sex abuse trial ranged from jubilation among his fans to admiration for his lawyers for their dexterous handling of the case to cynicism among the media. (June 15, 2005)

Jackson Clan to Boogie in Berlin

Berliners can dust off their dancing shoes -- it's really happening. After much speculation, the family of exonerated pop star Michael Jackson will hold a reunion in the German capital. And they've got lots to celebrate. (July 14, 2005)