Merkel′s challenger is his own worst enemy | Germany| News and in-depth reporting from Berlin and beyond | DW | 10.01.2013

Merkel's challenger is his own worst enemy

Peer Steinbrück was supposed to be the man of the hour in the SPD's fight for the chancellorship in September. He has turned into something else entirely. Is it a political calculation or an act of self-destruction? 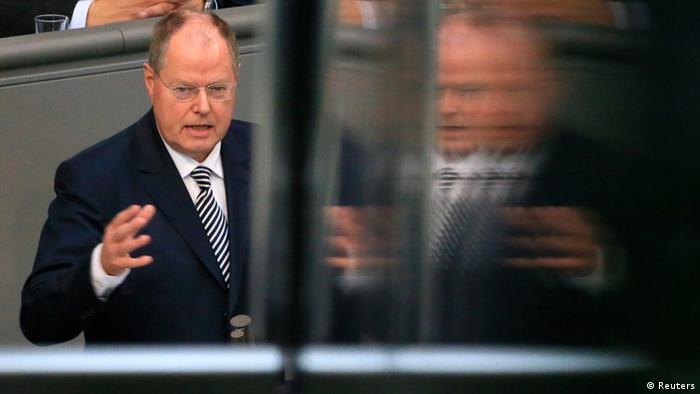 For 100 days now Peer Steinbrück has been the candidate of the German Social Democratic Party (SPD) for the post of chancellor. And over those 100 days, his headlines have been going from bad to worse.

Whether through clumsy declarations or simple misunderstandings, Steinbrück's popularity has dropped off a cliff, according to Manfred Güllner at the Forsa opinion poll institution.

"Due to Steinbrück, the SPD is now in a position where they'd be lucky to receive 30 percent of the vote," Güllner told DW. By comparison, eight months before the election, the Christian Democratic Union (CDU), which is headed by German Chancellor Angela Merkel and is the traditional right-center counterweight to the center-left SPD, is holding firm at 40 percent. 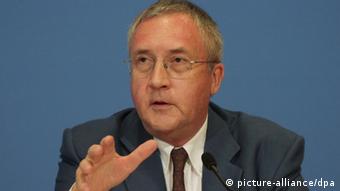 Göllner is also a specialist on how the Internet affects elections

As if he didn't want the chancellorship

For example, in a recent, typical interview, Steinbrück said he would never drink a glass of red wine that only cost five euros ($6.63). Such a comment coming from someone intending to become chancellor on the Social Democratic ticket horrifies the many voters who can't even afford a cheap glass like that.

Similarly, it's a valid opinion that the last federal ministries remaining in the former capital city of Bonn ought to be moved to Berlin. But a future chancellor should know that speaking the words aloud will win very few voters in Germany's most populous state, North Rhine-Westphalia, in which Bonn is located.

Finally, there's nothing new in the fact that a German chancellor earns far less than the director of a savings bank. Yet when the comment comes from someone who himself wants to be chancellor, he has to be aware that it will damage his reputation. In that same interview, Steinbrück accused Chancellor Angela Merkel of profiting from a "woman's bonus." Such opinions give the impression that Steinbrück is only after money - and is a bad loser on top of that.

All this leads to the suspicion that he's unconsciously torpedoing his own campaign and doesn't really want the top job. The 66-year-old is, after all, an experienced politician who's considered to be of above average intelligence.

"With every interview the picture gets worse," says Güllner. "The distance between Merkel and Steinbrück is bigger than ever."

Volker Kronenberg, a political scientist at the University of Bonn, has been trying to work out what Steinbrück's motives might be.

He told DW that he sees Steinbrück's "aura of independence" as a decisive element. Steinbrück has never seen himself as a party politician. He's insisting that he's an independent - independent even from the party for which he is supposed to win the election. 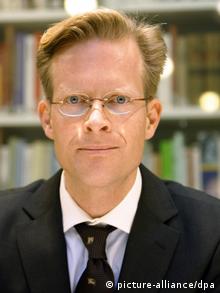 Volker Kronenberg is an expert on German pollitical history

And then there's the "image of the man of action, someone who says what he thinks." Steinbrück, Kronenberg believes, hopes to create a "counterpoint to the current chancellor and to the classic image of a professional politician."

This, Kronenberg says, is Steinbrück's dilemma: if he doesn't say whatever he feels like, he appears bland and seems to be just like all the other politicians; if he remains as spontaneous as he has been, he'll only do himself more damage. He simply can't find the right balance between his self-image and the requirements of day-to-day politics.

What the candidate lacks

He's certainly done huge damage to himself in the last three months: a study by the Forsa Institute recently asked about the character qualities which people attached to Steinbrück.

"There were only negative associations," Güllner said. "Greedy, arrogant, blundering, unlikable - and competence was hardly mentioned."

Volker Kronenberg is also aware of this devastating image. But he's convinced that it doesn't have to be what decides the elections. "It's still way too early to write him off. These things can still be corrected." 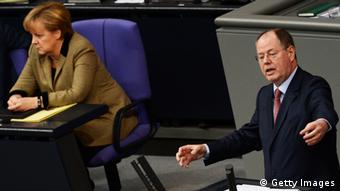 Both Kronenberg and Güllner agree that there still a long way to go before the elections in September - and that much can change by then.

But Güllner believes Steinbrück has already given himself a big handicap: "When 'greed' dominates the image people have of him, that's difficult to get out of."

Kronenberg still sees a chance for Steinbrück: he will still have opportunities "where he can take a clear position without its being held against him." There's enough time for that: "We see it again and again that things have been turned around. Eight or nine months is a very long time."

Peer Steinbrück is known as an outspoken and quick-witted centrist - one who's not uncontroversial within his own party, the SPD. His party is set to nominate him officially on Sunday as candidate for chancellor in 2013. (08.12.2012)

While Berlin gears up for Christmas, politicians still can't quite let daily business go. Angela Merkel's conservative CDU party picks up a bit of steam, while Germany looks ahead to federal elections in the fall. (22.12.2012)

The Pirate Party has been criticized by the mainstream for lacking concrete positions on many issues. Although the party sought to develop a clearer platform at its weekend convention, the results left much to be wanted. (26.11.2012)