German Chancellor Angela Merkel has stressed the need for a Greek government that continues to work to reduce debt. There are fears that Greeks could elect a party that will reject the terms of an international bailout. 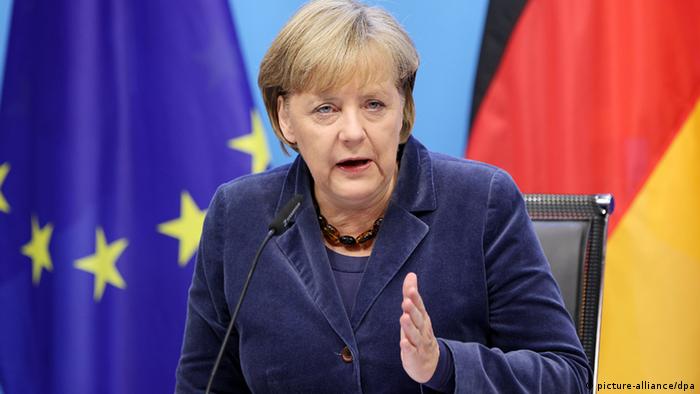 German Chancellor Angela Merkel says it is important for Greek voters to elect a government on Sunday that will live up it to Athens' commitment to continue efforts to bring down the country's deficit in return for an international bailout that has kept it financially afloat.

"It cannot be ... that what comes out in the end is that those who don't keep to an agreement can, so to speak, lead everyone else through the arena by the nose ring," Merkel told a conference of her Christian Democratic Union in Darmstadt on Saturday.

"This is why it is so important that, in the Greek election tomorrow ... a result emerges in which those who form a government in future tell us, yes, we want to keep to the agreements," she added. "This is the basis on which Europe can prosper."

The head of the far-left party SYRIZA, Alexis Tsipras, has raised fears among eurozone leaders by saying that if his party forms Greece's next government, it will tear up the

On Sunday, the Greeks choose a new parliament for the second time in six weeks. A neck-and-neck race is expected between the center-right pro-European New Democracy party and the radical left Syriza coalition. (15.06.2012)

Tsipras has said he wants Greece to continue to use the bloc's common currency, the euro, but not have to adhere to the harsh terms of the agreement. 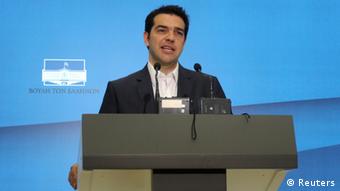 Instead, he has said he would seek to reopen negotiations in an effort to win more favorable terms.

The last opinion polls published just two weeks prior to Sunday's vote put SYRIZA neck and neck with the conservative New Democracy party, which is committed to the bailout agreement and the austerity measures linked to it.

Politicians and investors are eagerly awaiting the results of Sunday's election, which was called after repeated efforts to cobble together a coalition following the May 6th parliamentary election failed.

Merkel was just one of a number of European leaders on Saturday to appeal to Greek voters to elect a government committed to staying the course on austerity.

Luxembourg Prime Minister Jean-Claude Juncker, who is also head of the Eurogroup, which brings together eurozone finance ministers, warned of serious consequences if the SYRIZA party wins on Sunday.

"If the radical left wins - which cannot be ruled out - the consequences for the currency union are unforeseeable," Juncker told the Austrian newspaper Kurier.