The German government has made it easier for skilled, non-academic workers to seek employment in Germany. Rule changes aim to slash bureaucracy and recognize foreign qualifications in target industries. 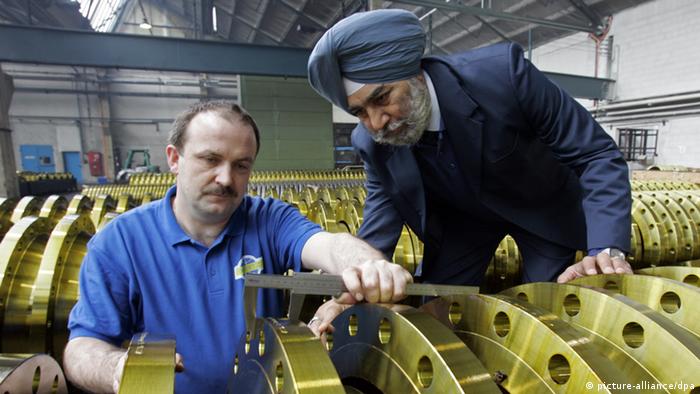 New immigration rules were tailored specifically for non-academic, but skilled workers from outside the European Union, making it easier for them to get their foreign qualifications recognized by German authorities, the conservative-led government of Chancellor Angela Merkel said Wednesday.

The rule changes would come into effect in July and are aimed to plug shortfalls in, for example, the number of train drivers, plumbers and electricians, the government said.

More than 40 percent of existing labor immigration rules were jettisoned, Labor Minister Ursula von der Leyen said in a statement, which would leave the door wide open for skilled laborers from abroad to help the country progress.

Under an existing "blue card" scheme, Germany already facilitated hiring of foreign academics. However, free movement of labor within the European Union has failed to resolve Germany's twin problem of a booming economy with low unemployment, and an ageing population.

The bill, facilitating labor immigration, needs the approval of Germany's upper house of parliament, the Bundesrat, where the SPD has a majority.

German old people's homes stopped allowing visitors in on government orders early this year. Now, better equipment and more experience means residents will be allowed visitors throughout the second wave of the pandemic.