Men get HPV cancers too, and cases are rising

Much is said about human papillomavirus (HPV) and cervical cancer in women but less is heard about it in men. The vaccine is gender-neutral, but cases in men are rising. 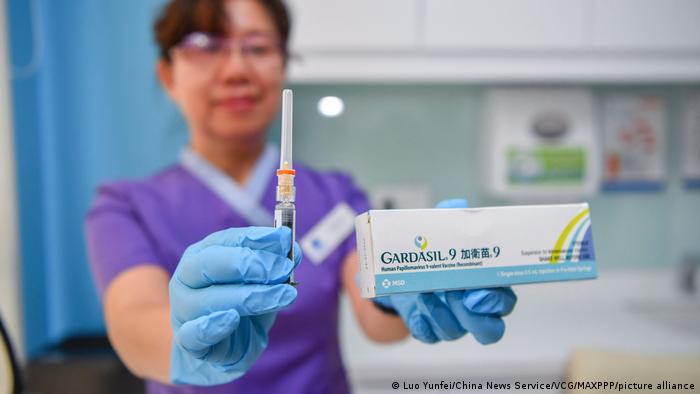 Vaccination can prevent many HPV-related cancers

In 2014, Jason Mendelsohn was preparing for the worst. He recorded videos for his children, said goodbye and reminded them about what was important in life.

Mendelsohn was 44 at the time. He had been diagnosed with stage 4 tonsil cancer, caused by a human papillomavirus (HPV) infection — possibly decades earlier.

One day, Mendelsohn just found a lump on his neck. He had had no previous symptoms.

Doctors removed his tonsils and 42 lymph nodes. Then he had seven weeks of chemotherapy, radiation and being fed through a tube.

"I'd never heard of tongue, throat and tonsil cancer, nor had I known anyone to ever be diagnosed with it," Mendelsohn told DW.

His doctors said he most likely contracted HPV while performing oral sex. They said the HPV infection could have been as far back as 20 years earlier when Mendelsohn was at university.

It can take years for cancers caused by HPV to develop.

"I never thought — I don't think anyone I know ever thought — that oral sex was going to one day give them cancer," said Mendelsohn. 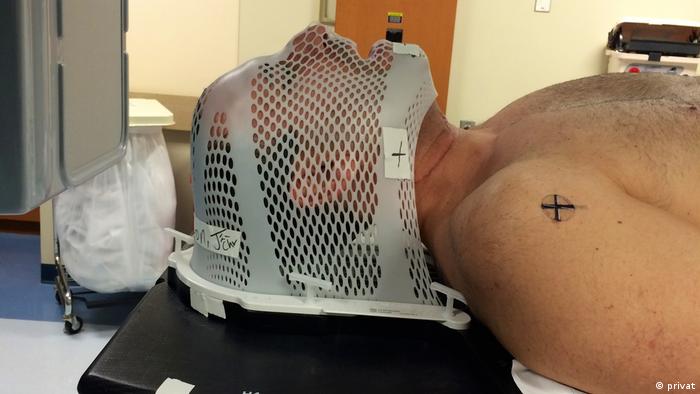 HPV is most often associated with cervical cancer. It's the fourth most common cancer among women. The World Health Organization says cervical cancer caused 311,000 deaths in 2018 and 90% of them were in low- and middle-income countries.

HPV can lead to cancer of the vulva, vagina, penis, anus, the head and neck (a region known as the oropharynx), back of the throat and base of the tongue and tonsils and can affect men.

Data from the US Centers for Disease Control and Prevention (CDC) suggests that about 70% of oropharyngeal cancers in America are connected to HPV.

About 3,500 new cases of HPV-related head and neck cancers are diagnosed in women and about 16,200 are diagnosed in men each year in the United States. That's over four times as many cases in men.

Many HPV strains are not even harmful to humans and 90% of the time the body simply clears the infection within two years.

But if that doesn't happen — and HPV stays in the body — it can cause infected cells to become cancerous.

HPV vaccine for the elders

HPV vaccine for the elders

A UK study from 2018 found that 64% of parents who had daughters and sons had heard about HPV. But among parents who only had boys, 36% had heard of HPV.

But once they had found out more about HPV, almost all participants in the study said their sons should get the vaccine.

A cancer with a vaccine?

There are three HPV vaccines, and all three protect against HPV strains 16 and 18.

Those two strains cause most HPV-related cancers.

But the vaccines aren't limited to those two strains. And also they protect against HPV infections that cause genital warts.

You can't screen for HPV-related cancers, other than cervical cancer. So, the only way to be protected is through vaccination.

"If you're protected against [HPV], you're not going to have HPV to transmit to somebody else, so you become a solution to the public health problem," says Dianne Harper, a professor in the Departments of Family Medicine and Obstetrics and Gynecology at the University of Michigan.

But many men — or parents of boys — don't even know it's an issue. And that may have something to do with the quality of data about HPV infections.

Types of HPV cancers in men

It's hard to be precise about the types of HPV-related cancers in men, or age groups and where in the world they occur most — useful information that may help you decide whether to ask a doctor or get vaccinated.

For instance, head and neck cancers caused by HPV appear to be more common among men in high-income countries. But that may be due to a lack of good data elsewhere.

"I think we undercount the true number [of cases] in low- and middle-income countries," says Anna Giuliano, the founding director of the Center for Immunization and Infection Research in Cancer at the Moffitt Cancer Center in the US.

Then there's the question of types of cancer and who is at risk. There is some data to suggest that HPV-related cancer in men is linked to their type of sexual activity.

People living with HIV are particularly at risk.

It is also possible for a person with HPV to move the virus to other parts of their body, for example, if someone touches their mouth and then their penis.

Fighting against cervical cancer in Cameroon

From patient to advocate

Mendelsohn, who survived his HPV-related cancer, wants more people to get vaccinated. He's started a website called Superman HPV, where he provides support for cancer patients and advocates for children to be vaccinated.

"Because it's preventable with a vaccine," says Mendelsohn, "how in the world can people not learn more and give it to their kids?"

You get the best possible protection if you're vaccinated before you become sexually active and/or exposed to HPV.

HPV vaccination programs start from around the age of 11 years in schools, where the jabs are often free of charge.

Some countries, such as the US, recommend vaccination for adults up to the age of 45 years. Other countries recommend consulting a doctor to discuss the options.

It can be expensive if you have to pay for the vaccine yourself. In Germany, for instance, HPV vaccines cost about €500 ($590) for people aged 26 years and over.

But it may be worth it: The vaccines can provide protection even after an infection.

The Spread: The facts on HPV