Melinda Crane is DW's Chief Political Correspondent, and a regular host of Quadriga. She has interviewed international figures ranging from Mother Teresa and members of a Serbian "Chetnik" militia, to Ethiopian farmers. 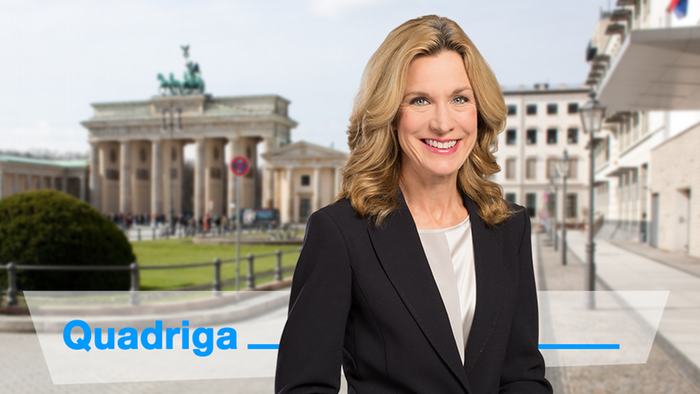 After studying history at Brown University, Melinda Crane graduated from Harvard Law School and worked briefly for law firms in New York and Washington, before obtaining an additional degree at the Fletcher School of Law and Diplomacy. Fieldwork for a dissertation on the political economy of development assistance took her throughout Africa and proved invaluable when she returned later, as a journalist.

Melinda Crane arrived in Germany in 1983, for what was supposed to be a three month trip, but wound up staying a bit longer! As a student of history and politics, she has been particularly fascinated by Germany's ongoing reflection about its wartime past ("Vergangenheitsbewältigung," as the Germans call it). Being part of that process is one of the attractions of her current work at Deutsche Welle, helping to shape Germans' view of the world and the world's view of Germany.

Before coming to Berlin to take up a position as presenter at DW's "Journal" in 1999, Melinda Crane worked mostly on the other side of the camera. As a producer and writer of documentary films and magazine reports, she covered many of the major changes that have transformed Germany and Europe over the past decades. She has also worked as consultant for one of Germany's leading talk show hosts, producing interviews with international leaders ranging from Hillary Clinton to Donald Rumsfeld and Kofi Annan.

As a counterpoint to her work at DW, she is a frequent guest on German broadcasts, including the public broadcaster WDR's "Presseclub" and Phoenix TV's "Berliner Phoenixrunde".