It isn't easy to cover the science of climate change without delving into politics, media experts say. National interests and political maneuvering tend to overshadow debates about what must happen to solve the problem. 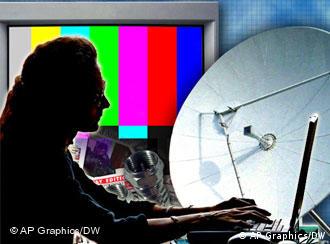 As the second week of the Copenhagen summit continues, journalists have been swarming the Danish capital transmitting news back home for their domestic audience. Newspapers, Web sites, magazines, television and radio broadcasts have been devoting substantial amount of coverage to the historic conference.

In fact, 56 newspapers in 45 countries jointly published an editorial calling for more decisive action against climate change. Such unity was unprecedented and was led by The Guardian newspaper in London. Indeed, this conference has drawn more media attention to environmental issues than any other public event in recent years. 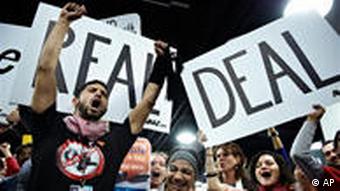 Protests, where lines between groups are clearly drawn are easy for media to cover

However, media experts say that it can be difficult to cover climate change and other related environmental issues.

First, because the science and the day-to-day effects can be tough to explain. And second, because there's not always an obvious national story, with clear winners and losers.

"What helps right now, I think is to have something like the Copenhagen summit is a very good idea because at least it provides a platform to really set an agenda," said Elfriede Fuersich, a professor of journalism studies at the Free University of Berlin. "I think it gives the media a chance to show specials on global warming, or to provide more background. It really is an agenda setter, and I think we shouldn't underestimate that."

In other words, at a conference like this, the politics are what gets journalists' attention.

Everyone wants to know: What is the European Union doing? What is the United States doing? What are India and China doing? And how really they really manage to agree on anything?

This drama is what tends to drive a lot of environmental coverage, experts say.

"Journalists tends to cover such events in terms of conflict and attribution of responsibility," says Anke Offerhaus, a media lecturer at the University of Bremen. "But if they view this opportunity for focusing on important environmental issues, they could take it as an occasion to give more and more background information to the public, based on well-investigated environmental topics and to give the public a broader insight into these issues."

Either science or politics 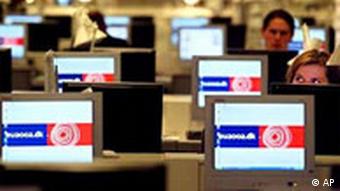 Offerhaus and other media researchers agreed that environmental journalism tends to fall along those two lines: science and politics.

"The big question is now, what should we do about [climate change]?" said Hans Peter Peters, a media researcher at the Juelich Research Center in western Germany. "It is OK because climate change is perceived of and reported as a political issue. It's really important for journalism to look at climate change from the political angle, too."

However, while both elements are important, said he Peters thinks that journalists could learn from social scientists like himself. 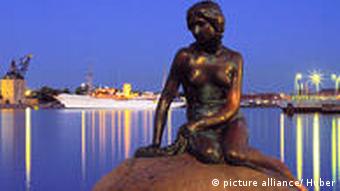 But while Peters said he doesn't think these efforts will be widespread anytime soon, he also points out that European and especially German media have traditionally been ahead of the pack, particularly when compared with media coverage in North America.

"Der Spiegel was one of the first to advocate for the idea that there is a major risk connected to climate change," he said. "There is a very major title page in 1986 showing the cathedral in Cologne underwater, and this started the big debate in Germany on the issue of climate change."

Even though European media may have been in front of this story, Fuersich added that research shows that this may not be the case now.

"Media coverage of science has declined somewhat in Europe," she said. "One of the reasons that is given is that because more public institutions have taken up the topic and so in some sense it moved away from the media because people feel that 'OK, we've taken care of it, it doesn't need to be discussed all the time in the media.'"

In end, unlike the Copenhagen conference itself, if journalists don't get it right this time around, they'll have another chance to improve their coverage during the COP 16 conference in Mexico City in December 2010.

As world leaders descend on Copenhagen for the final phase of crucial climate talks, Denmark's Prime Minister Lars Lokke Rasmussen has taken over the summit's chair after his environment minister resigned from the job. (16.12.2009)

Activists use social networking to get attention in Copenhagen

Non-government organizations are using social media to spread the word on climate talks occurring in Copenhagen. But it's still too early to know if people are really listening. (11.12.2009)

The issue of climate change conjures up diverse perspectives from DW's audience. While some consider it a serious problem to solve, others think it is a nefarious hoax. (10.12.2009)

The Russian TV journalist who protested the war in Ukraine was briefly detained in Moscow. She had recently returned to Russia after working for German newspaper Die Welt.

Several prominent journalists working for British news outlets have been banned entry to Russia over what Moscow describes as "one-sided" coverage on Ukraine. DW has the latest.