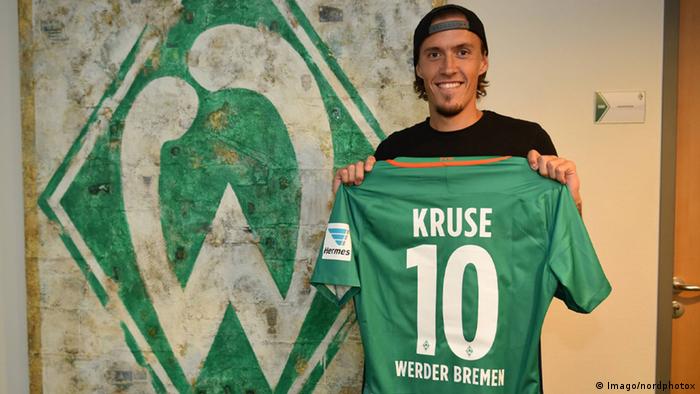 After departing Werder Bremen in 2009, Max Kruse's career transfers back to the club that gave him his debut aged 19. The forward becomes the third player to depart Wolfsburg this transfer window for a fellow Bundesliga club.

"My life revolves around football and there are perfect conditions in Bremen for me to get going again," Kruse said in an interview on Bremen's website. "I followed my instinct and my heart with this transfer. Werder have given me another chance to play in the Bundesliga after having already given me my first game in the Bundesliga."

Following his 12 million euros ($13.5 million) move from Borussia Mönchengladbach last summer, the German international is on the move again after scoring six goals for the Wolves in 31 league appearances.

"We are very pleased that Max has returned to Werder . He is a player who is in recent years has developed excellently and both club and international level, and he has demonstrated his quality at the highest level," said head coach Viktor Skripnik.

"Max is a flexible forward player who provides us with more options in that position. We have followed his development and we're sure he can show his quality immediately."

With Borja Mayoral arriving on loan from Real Madrid, Kruse has been allowed to move to Bremen where he becomes the club's eighth signing this summer.

Due to Claudio Pizarro turning 38 in two months, the Reinbek-born forward will be expected to bear some of the weight the former Peru international provided since Anthony Ujah has departed the Weserstadion for China.

For a long time it seemed unthinkable, but now it's true. Dortmund favorite Kuba has left BVB to join Wolfsburg ahead of the new season. The Poland star has moved in the hope of more first-team football. (01.08.2016)

Dortmund buy Schürrle in second big signing of the week

It has been a busy transfer period for last season's Bundesliga runners-up with a host of comings and goings. Fans hope Schürrle is the last piece of the puzzle in their bid to threaten champions Bayern Munich this term. (22.07.2016)