The creator of the Fantastic Four and Spider-Man fueled the dreams of youth worldwide. A new book celebrates Stan Lee and his creations.

"Their names are almost as famous as those of the heroes and gods they brought to life: Stan 'the Man' Lee, Jack 'King' Kirby and Steve Ditko," writes American author Roy Thomas, himself a long-serving Marvel author and editor, in "The Marvel Age of Comics 1961-1978," a 400-page-long tome published earlier this year by the Taschen publishing house in Cologne, Germany.

It's clear what heroes and gods he is talking about here: Spider-Man, the Fantastic Four, the Incredible Hulk and the X-Men – comic book characters who took on a life of their own and overshadowed the fame of their creators.

But "The Magnificent Three" can surely cope with that.

It would seem that making comics can prolong life: Kirby passed away at the age of 71 in 1994, Ditko turned 90 this year and Stan Lee celebrates his 95th birthday on December 28. 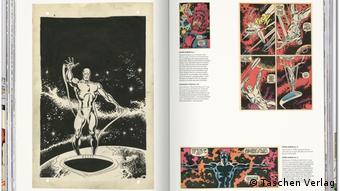 "Since he started working as a copywriting assistant at Timely Comics seven decades ago, Stan Lee has become the most famous person of American comics," says Josh Baker, a Marvel connoisseur and the author of several books on the topic.

The birth of "Stan Lee"

Lee's parents immigrated to the US from Romania. Influenced by books and heroic films starring Errol Flynn, he wrote and drew his own narratives as a kid, and it didn't take him long to get into the comics scene.

Born as Stanley Martin Lieber in 1922, he always published his work under the pseudonym of Stan Lee, a name much more suitable for an engineer of fantastic adventures. 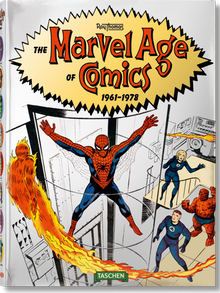 Over the years, Lee has dreamed up at least 350 characters with unique personalities, background stories and superpowers – but also weaknesses. He specialized in creating figures that were not only strong and invincible but had to struggle with deficiencies.

Spider-Man, whose real name is Peter Parker, comes across as an average and easily intimidated guy in everyday life, while Hulk cannot control his nerves. Daredevil is blind.

Another good example is the Fantastic Four, a team that works only when the abilities of all its members are combined.

The concept seems normal now, but when Lee came up with such complex and conflicted characters in the 1950s, his take on superheroes was revolutionary.

Comic Con in Germany: A brief history of comics

The first German Comic Con event in Stuttgart drew 50,000 fans, while a Frankfurt museum is showing the pioneers of the genre. With Germany in comic fever, we look at where they came from in the first place. (27.06.2016)

Asterix and Obelix are well known names, but sometimes the main characters of the best-selling comic series were creatively renamed in translation. Who are Yali, Witblix and co? Find out here. (17.10.2017)