Malaysian opposition party PKR has filed a civil lawsuit against Prime Minister Najib Razak for violating election laws regarding funding. The state fund 1MDB was also implicated in the offenses, according to the PKR. 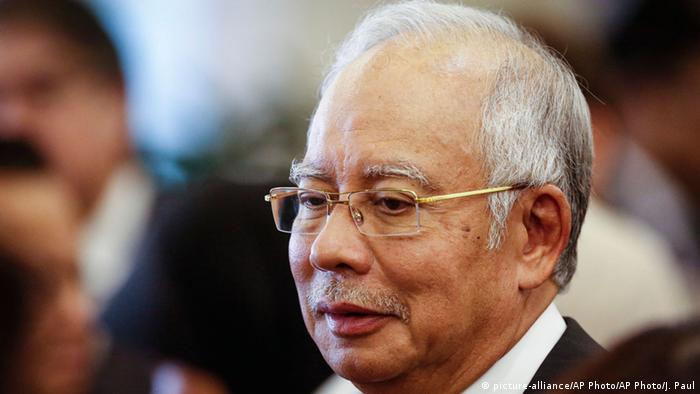 The People's Justice Party (PKR) alleged that a donation of 2.6 billion ringgit ($645 million; 629 million euros) and the movement of funds involving debt-stricken 1Malaysia Development Berhad (1MDB) are linked to an election campaign in 2013.

"The fact is that the alleged amount spent by Najib far exceeds the allowable amount for elections," Nurul Izzah, vice president of PKR and daughter of the party's jailed leader Anwar Ibrahim, told Reuters news agency.

"This is a clear-cut breach of the election law," she said.

The PKR said that the 2.6 billion ringgit donation is more than 26 times the amount allowed for election campaigns.

In early August, the Malaysian Anti-Corruption Commission said that the funds in question were donations from the Middle East.

However, critics have grown increasingly wary after Prime Minister Razak reshuffled his cabinet in July, sacking ministers who had criticized him.

Razak has accused the opposition of attempting to oust him from power.

According to Reuters, the lawsuit demands that the ruling coalition be de-registered and the 2013 vote be voided to pave the way for fresh elections.