Malaysia gears up for May 5 elections

Malaysia has set its highly anticipated general elections for May 5. The prime minister dissolved parliament last week to pave the way for the polls, where he seeks to regain footing against a stronger opposition. 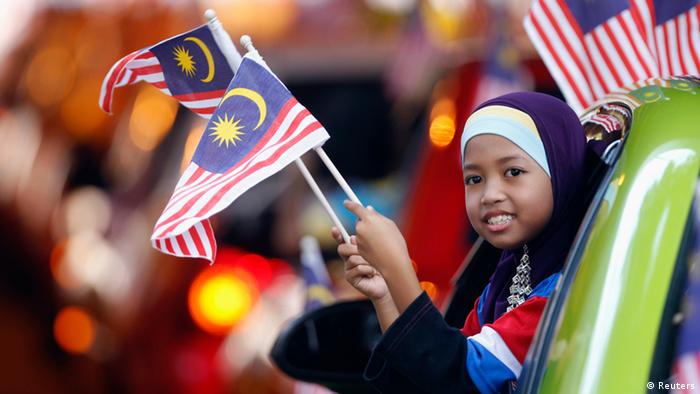 The Malaysian Elections Commission set the deadline for nominations for parliamentary and state elections for April 20, giving candidates barely two weeks to campaign in the contentious race.

In the coming elections, Prime Minister Najib Razak's National Front coalition must regain ground lost in the last general elections in order to maintain stability in the government, according to a senior fellow at Singapore's S. Rajaratnam School.

"Najib has to perform better than 2008; if the result is worse, there could be internal challenges against his rule," international studies expert Oh Ei Sun told Reuters news agency.

Najib has said the opposition lacks the experience and the cohesiveness to run the country. But in 2008, the opposition gained in popularity, winning two-thirds of parliament from the National Front. The massive gain dealt an unprecedented blow to the coalition which had held a strong grip on power since 1956.

The leader of the opposition, Anwar Ibrahim, hopes to win more seats on May 5 by pledging to fight corruption and create greater transparency, as well as promising to improve social programs.

In an interview with the news agency AFP, Anwar expressed confidence that his Pakatan Rakyat coalition - or People's Alliance - had a "very good" chance of winning.

"For [the People's Alliance] it is the best possible chance to offer a viable alternative for democracy and a more responsible government. I think the chances of winning are very good," said Anwar.

The opposition has wide support among Malaysia's diverse minority groups, which comprise over 40 percent of the country's 28 million, while the long-ruling National Front draws much of its power from the majority Malay population.

Of Malaysia's approximate 13 million registered voters, about one-fifth will be voting for the first time in the upcoming general elections.