Malaysia has a new king under its five-year rotating monarchy system following the coronation of Sultan Abdullah Sultan Ahmad Shah. His predecessor resigned after two years, apparently to marry a Russian beauty queen. 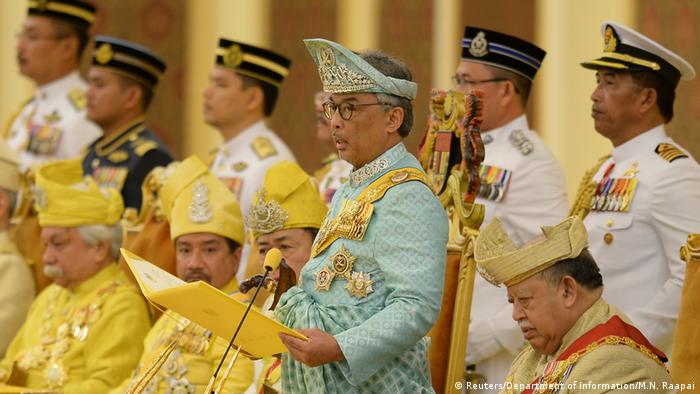 The Royal Palace has not said why the previous king abdicated the throne, but online reports and images of Sultan Muhammad's alleged marriage to a former Russian beauty queen appeared in December. The reports have remained unconfirmed by the Palace.

Sultan Abdullah was chosen as the successor to the throne last Thursday, based on a rotational system among nine royal households in the Malaysian federation.

The Sultan of Perak, Sultan Nazrin Shah, was sworn in as deputy king.

The new king was adorned in a garment made of songket — a woven brocade fabric — in a brilliant light blue, paired with a tengkolok, traditional Malay male headgear.

Earlier in the morning, Sultan Abdullah had received a 21-gun salute at Parliament Square while the national anthem played in the background. 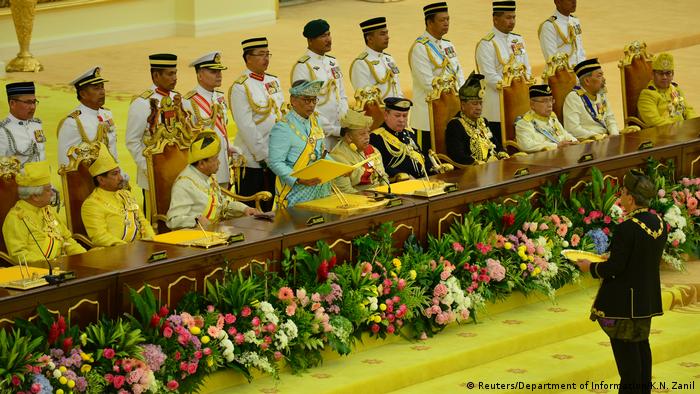 From state to country ruler

On January 15, Sultan Abdullah had succeeded his ailing 88-year-old father as ruler of his home state of Pahang, in an attempt to ensure the completion of the family's five-year reign before handing the throne over to the next house in line — the sultanate of Johor.

The king's powers are largely ceremonial in Malaysia, as most administrative power is held by the prime minister and cabinet.

The king is largely seen as the upholder of Malay and Muslim values, especially amongst the Malay-Muslim population which makes up two-thirds of the country.