Malawi's President Joyce Banda has claimed there had been "serious irregularities" in the counting of Tuesday's polls. The election commission has, however, continued with counting the votes. 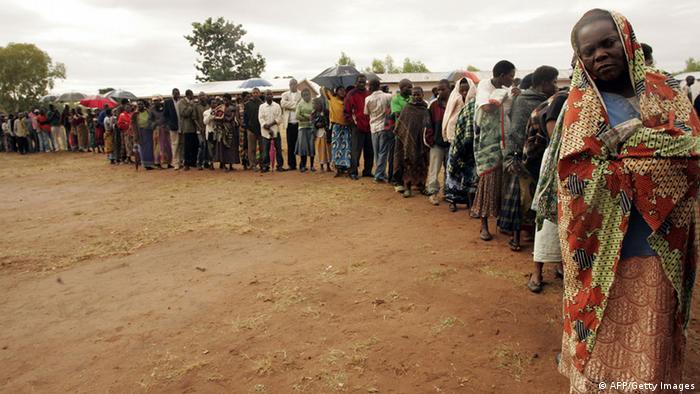 President Banda and her ruling People's Party said Thursday that the counting of Tuesday's vote had been marred by "serious irregularities" including vote-rigging, a compromised digital results counting platform and ballot tallies exceeding the number of registered voters.

"It has come to my attention that there [are] some serious irregularities in the counting and announcement of results in some parts of the country," Banda said, calling for an "immediate manual audit of the whole process."

Her party alleges that vote counting was compromised due to glitches with the Malawi Electoral Commission's (MEC) digital results platform.

The MEC said late Wednesday that it was abandoning the computerized counting platform and would count the votes by hand after the system had crashed.

"Some of the claims we are receiving are considerable, but not significant enough to warrant a stoppage of the counting of votes," electoral commission chief Maxon Mbendera said.

Banda also cited reports of ballot tallies exceeding the number of registered voters in some constituencies and ballot tampering.

Ahead of the vote, analysts had placed Banda as the favorite in polls that marked her first major electoral test. Banda was vice president and came to power in 2012 after President Bingu wa Mutharika died in office.

Her main competitor is Peter Mutharika from the opposition Democratic Progressive Party (DPP). He is the brother of late President Bingu wa Mutharika and ran in the election despite facing a trial for treason. He is accused of trying to stage a constitutional coup by concealing his brother's death to prevent Banda from being sworn in.

Once taking power, Banda was celebrated by the West as one of Africa's rare female leaders, however a corruption scandal dubbed "Cashgate" has seen some foreign donors freeze badly needed aid for the poverty-stricken country.

Despite the vote officially ending on Tuesday, some people were still casting their ballots Thursday at polling stations due to late openings. Definitive results are not expected until next week.